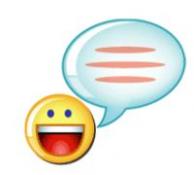 Yahoo announced closing down of the public chat rooms, Pingbox and voice calls to landline and mobile phones from the Yahoo Messenger service. The feature was closing because it was not “adding enough value” for users.

Are you exploring ways to send free text messages to  your friend or close relative in Indonesia? Here at Teck.in, we show you some ways by which you can send free SMS messages to Indonesia. […]

BlackBerry users get an amazing version of Yahoo! Messenger, designed for phone—and loaded with favourite IM features. Using this you can send a message, respond, change status, view emoticons, photos or links, or create a custom message to tell your friends what you’re doing. […]

Create Your Own Yahoo Emoticons for Free using YahooFriend

YahooFriend is a plugin for Yahoo Messenger. It makes your chatting more funny with a lot of cool emoticons. User can create there own emoticons. To design the emoticons, use any Html editor type any combination of characters then select the font, change the font size, color, arrange them as you want. […]