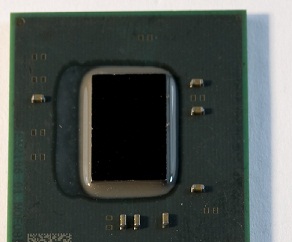 Intel has announced the next generation Atom netbook processor, claiming it has a longer battery life, improved system performance and would therefore be perfect for low cost netbooks.

Intel Atom processor-based netbooks and nettops offer both an easy-to-use mobile device with simple interfaces and targeted performance for a good online experience. They are rugged and compact in design, and offer the freedom and flexibility of wireless connectivity.

The Atom N450 requires 5.5 watts of power, as per the company press release. The Atom N450 could lead to innovation in netbooks and tablets – paving the way to thinner models with less power requirement. It has a speed of 1.66 GHz – the same as a N289 netbook chip. It also integrates graphics and a memory controller so as to make the processing of multimedia faster. This would also make the Atom N450 capable of 720 pixel high definition graphics. The chip has 512kb cache, supports 667MHz DDR2 Memory and uses Intel GMA 3150 integrated graphics for providing rich Internet browsing and entertainment experience. Netbooks powered by Atom N450 will run on Windows 7, Windows XP or Linux operating systems.

The other two Atom processors launched are the Atom single core D410 and the Atom dual core D510. These have speeds of 1.66GHz and include 512KB and 1MB of cache respectively. The D410 draws around 10 watts of power, while the D510 draws 13 watts.

“The Intel Atom processor has fueled an entirely new category of computing over the last year and a half and we think the growth will continue for devices like netbooks and entry-level PCs built around basic computing and Internet usage models,” said Mooly Eden, Intel corporate vice president and general manager of Intel’s PC Client Group. “We’re excited to be delivering the next-generation Atom platform and working across the industry as we head into a second phase of growth, powering innovative new system designs with better performance, smaller footprints and better battery life.”

One of the most significant features of the new platform is the integration of memory controller and graphics into the CPU, a first in the industry on x-86 chips. That means two chips (CPU+chipset) instead of the previous three (CPU, chipset, I/O controller hub), a lower TDP, and substantial reductions in cost, overall footprint and power. The netbook platform features a 20 percent improvement in average power and a smaller package size over the previous Atom platform. This translates into smaller and more compact system designs and longer battery life. Because of the integration, the total footprint for the netbook platform has decreased by approximately 60 percent. For entry level desktop PCs, it’s a nearly 70 percent reduction in footprint and about 50 percent lower TDP than the previous generation.

Samsung to merge its “bada” smartphone OS with Tizen, an open source operating system project the company is conducting with Intel. After the integration, Tizen will support mobile apps written with bada’s SDK. The Tizen project incorporates some technology from MeeGo project. […]

Hewlett Packard launches HP ENVY ROVE 20, an all in one PC, which can be handled like a bigger laptop. The device homes a 20-inch IPS widescreen HD+ panel which has 10 touch points. The device is powered by Intel’s latest “Haswell” Core i3 processor with integrated Intel HD-4400 Graphics. There’s a 4GB DDR3 SDRAM and 1TB SSHD [Solid State Hybrid Drive] Hard drive with 8GB cache. HP had added Beat Audio with a front-firing speaker bar sitting at the edge of the bezel for an enhanced audio experience. […]