Facebook has launched its application centre (App Center) in India. App centre is a new place for people to find social apps. The App Center comes with more than 600 social apps, including Nike+ Running, Ubisoft Ghost Recon Commander, Stitcher Radio, and Draw Something. It will help users to find games, music services and media content easily. The users can access new App Center icon located on the left side of the home page on Facebook.com recommending apps to users based on their interests. Additionally, the service is also available on Apple and Android mobile devices.

Facebook also added a localisation tool to the App Dashboard that would allow developers to translate the names and descriptions of their apps into other languages. The company said the centre has driven millions of app installations. The centre does not host apps, but sends users to the appropriate app store for their device. The App Centre is now available to everyone in the U.S., Australia, Canada, India, Ireland, New Zealand, South Africa, and the U.K. 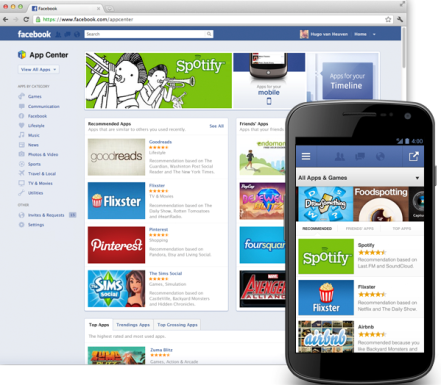 Facebook for Android makes it easy to stay connected and share with friends. Share status updates from your home screen, chat with your friends, check out your News Feed, review your upcoming Events, look at your friends walls and user info, upload Photos, share links etc. […]

Job Vacancy: Official Twitterer of the US President Barack Obama

WSJ reports that, barackobama.com has published an online job description for the post of Social Networks Manager, who will be responsible for maintaining the President’s accounts on Facebook, Twitter and MySpace. The person currently holding the job of ‘Barack Obama’s twitterer’ is stepping down soon. Obama now has more than three million followers on Twitter and nearly 7.5 million Facebook fans. […]