The mobile VLC player has a startup of features like multiple audio/subtitles tracks selection, network streaming, support for subtitles and headphone control and gestures. Though the VLC player for Android is in its beta stage it can still be downloaded on devices running Android 2.1 (Eclair) and above on ARM processors. The version 2.0.0 of VLC media player was released. VLC also plays m2t MPEG transport streams (.TS) files while they are still being digitized from an HDV camera via a FireWire cable, making it possible to monitor the video as it is being played. 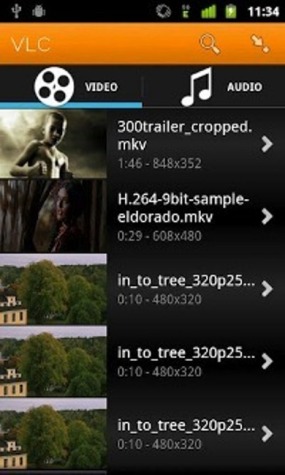 UMPlayer – Media Player that Plays any Format of Media Files

UMPlayer is a free media player that plays almost any media file. It is capable of playing media file of any format and size. It packed with a number of inbuilt features and codes that allow the user to play or watch media file of different formats. Also play broken media files. […]

StreamFusion Player is a windows based media player that allows you to stream live radio stations from around world right to your desktop. It comes with host of features including Live Streaming from any station from any country at any time. You can listen to your favorite radio […]