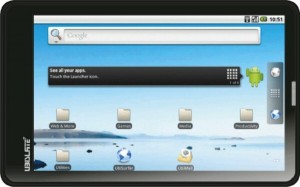 The Indian Ministry of Human Resources Development (MHRD) was once under limelight when it announced its plans to distribute a low cost tablet to all school – college goers. But everything collapsed down as the production of the tablet went really slow and the Datawind failed to meet the deadlines. Named Ubislate, the first and foremost Aakash tab was a poorly appreciated tablet, which got a dull reception after that exciting campaign.

Aakash I came out with comparatively lower price tag, but failed to catch the eyes because of its poor performance and outdated specifications. Aakash II was a replacement, expected to perform better, but it too failed to shut the critic’s mouth. The continuous failures and the turbulence in the production flow made Aakash the last choice for the once anxious customers and well wishers.

It seems that MHRD had learned from their failures and now they are planning to revamp the tablet, named Aakash IV. The main aim behind the Aakash project was to link 25,000 colleges and 400 universities in an e-learning program. The public note posted in department of electronics and information technology says “A Sub-Committee comprising of technical experts has prepared the proposed vendor neutral Technical Specifications of Aakash IV. These specifications have been developed with a view to have a device at a low cost.”

The proposed Aakash IV specifications says that the Processor Performance Specification should meet the standard scores by latest bench mark apps. According to the proposal, the Hardware accelerator must be able to play 720P HD videos at 30 fps speed and it also should be capable of supporting the OpenGL ES 2.0. The proposed memory standards says that Akash IV will contain at least 1 GB DDR3 SDRAM and an internal storage of 4 GB, which is expandable up to 32 GB. microSD card slot will be added for the additional memory storage.

For more details and detailed bench mark list at the departments site.

PaperBoy is an app, which provides quick and easy way to browse through news stories from useful list of sources. PaperBoy caters a simple and smooth UI which presents a list of sources and quick snippets of info. At present, Paperboy app is available for both Android and Windows phones and is available for download at the Play Store. […]

TechCruch confirms that, the next version of Android version 2.4 will be named as IceCream Sandwich and it can be expected by June or July, 2011. It is named IceCream Sandwich, followed by predecessors Cupcake, Donut, Eclair, Froyo, Gingerbread and Honeycomb. […]