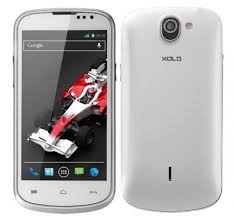 Mobile phones with Android OS has been the trend for a while and many players have entered to that market with their best models and technology. Lava is one among them. Lava mobiles landed in India with budget phones, later they extended their competition to the fast growing Smart Phone market with their premium brand Xolo.

Lava had launched many Xolo models into the Indian market, the new Xolo Q 600 is one among them. The phone has an Android Jelly Bean heart and runs on a 1.2 GHz Quad-core processor. The dual SIM phone is available in the Indian market at an expected price of Rs 8,999.

The phone sports a 4.5″ FWVGA display with 854×480 pixels resolution. However, the 512 MB RAM may not be enough to cater all needs, it has a 4 GB internal storage which is expandable using microSD card. The phone has dual standby which is supported by a 2000 mAh battery.

The main attraction is the 5MP sensor rear camera which the phone sports. It has an LED flash attached for better pictures at low light. A 0.3 MP front facing VGA camera is also there for video calling applications. The other applications include a built in security app for tracking the device and a swype-ready keyboard. Bluetooth 3.0 and Wifi 802.11 b/g/n are the main connectivity features.

Micromax launched Micromax Superfone Ninja 2 A56 Android smartphone in India. This device runs on a 800MHz single processor, 256MB of RAM, 32 GB expandable memoryand features a 3.5-inch display with a HVGA resolution. The phone is priced at Rs 5,999 and weight is 94 grams. […]