“Viber” is a Cross Platform Instant Messaging [IM] Voice Over Internet Protocol [VOIP] application that was made for smart phones. Viber allows users to send Text messages, Photos and Sticker Messages. It also allows the users to make Video calls and HD Voice calls. Using Viber, people can have group conversations too.

Now, Viber had introduced Viber for Microsoft Windows PC Version. Viber for Windows allows Free usage of these functions to its users. 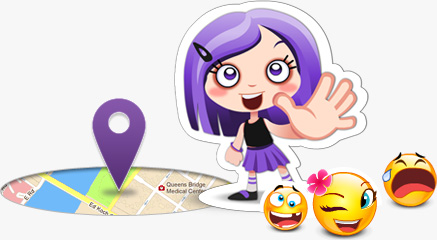 [advt]Viber synchronizes user’s contacts, messages and call history between user’s mobile and PC. Also the users can transfer ongoing calls between devices. To start with Viber, one does not need any registration, passwords or invitations.

To know more, visit Viber for Windows. Download Viber, enter your phone number and start connecting with your friends.

Research In Motion (RIM), the Makers of Blackberry smartphones has atlast set up a server in Mumbai, due to the much pressure exerted by the Indian government. Government of India has been asking them to provide a mechanism for lawful interception of its messenger services. […]

TightVNC is a free remote control software package. It is enhanced version of VNC, which includes a lot of new features, improvements, optimizations and bugfixes over the original VNC version. User can see the desktop of a remote machine and control it with local mouse and keyboard […]