Alogn with other features and upgrades, introduction of the Ubuntu Font Family, a brand-new typeface that is used for the user interface menus, widgets and titles is something important to India – The Ubuntu font family support for the new Indian Rupee Sign making Ubuntu 10.10 the first operating system to ship with out-of-the-box support for the world’s newest currency symbol. The Unicode Technical Committee accepted the proposed code position U+20B9 for Indian rupee sign ₹ ( HTML: &#8377; ) 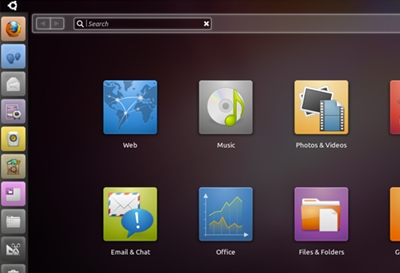 Ubuntu Netbook Edition now has the new Unity interface as the default. It includes places for launching applications and browsing files, semantic search through the usage of zeitgeist, optimizing vertical space with a global menu bar and maximizing application by default. The UNE comes with all goodness of the Desktop Edition too.

Ubuntu One is a personal cloud service, which is offered free as Ubuntu One Basic and comes with 2GB storage for your files such as documents, music, bookmarks, etc.. Ubuntu One helps you sync your files across other operating systems such as Android, iOS and Windows.

The inbuilt Ubuntu Software Center, gives you the access to thousands of free apps and games, which you can install with just a few clicks directly from the panel. The software center has been improved with a new section for featured and new software packages. It also shows the install history of the packages you have installed or upgraded.

Laptop for Indian Students at Rs 4000

Researchers at the Indian Institute of Sciences (IIS) in Bangalore and IIT Madras are designing laptop for students which would cost about Rs 4,000. This initiative is part of of a special project to encourage […]

Sumsung NP-N150-JP0GIN is a netbook that keeps in style, powered up and on budget. It delivers premium style at a great value, with up to 13.5 hours of battery life to extend the enjoyment. The durable casing reduces the risk of scratches and finger prints, ensuring it stays stylish. […]