US based Swipe Telecom launched its latest budget Phablet [Phone+Tablet] named Swipe MTV Slash in India, with association to MTV, priced at Rs. 9,490. The thinner tablet runs on Android 4.1 Jelly Bean OS and is powered by a 1 GHz Dual core processor.

The device features a 7″ capacitive touch screen with a screen resolution of 1024×600 pixels. The device’s memory and storage is handled by a 1 GB DDR3 RAM and 4 GB inbuilt ROM, which is expandable up to 32 GB. 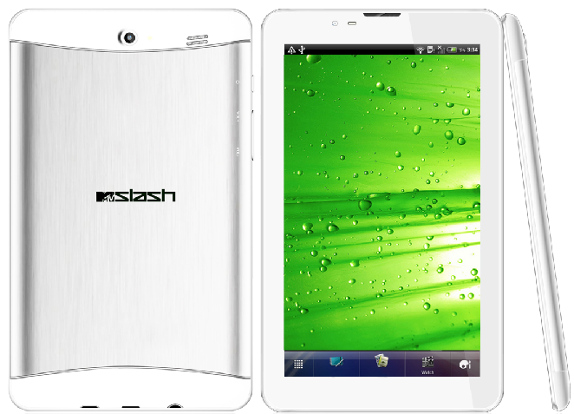 The device has a 3000 mAh battery which caters the power needs of the whole phablet. The device also has 3G connectivity, along with WiFi 802.11 b/g/n and Bluetooth 4.0 in its connectivity options. It also supports dual SIM and dual Standby.

“We at Swipe are yet again excited to be associated with MTV for the launch of this new Fablet. After Volt and Volt 1000, MTV Slash definitely takes the user interface experience to the next level,” says Shripal Gandhi, Founder CEO of Swipe Telecom.

PD233 is the Smart Mobile Pocket Photo Printer, made and released by LG electronics. The smart device is available for Rs 14,990 in India. The device offers instant mobile printing, NFC, Bluetooth compatibility and fast printing. The device is compatible with iOS Mobile, iOS PAD and Android Mobile. PD 233 can be bought online at LG online store. […]

Samsung Galaxy S II, the world’s thinnest Android smartphone featuring a 1.2 GHz dual-core SoC Processor launched in India. It has 1GB RAM, 4.3″ WVGA Super AMOLED plus display and 8MP camera with LED flash that can record videos in full HD 1080p. It is available at Rs.32830 in India. […]

Video demo of HTC Hero, the Android Based HTC Phone. […]