SoundTracker is a music tracking tool for Unix / X11 similar in design to the DOS program FastTracker and the Amiga legend ProTracker. Samples can be lined up on tracks and patterns which are then arranged to a song. Supported module formats are XM and MOD; the player code is the one from OpenCP. A basic sample recorder and editor is also included. It is free software.

[advt]The basic concept is very simple: you have a number of sound samples, and you can arrange them on so-called tracks. A track (also called “channel”) can not play more than one sample at the same time. Whereas the original Amiga trackers only provided four tracks (this was the hardware limit), modern trackers can mix a virtually unlimited number of channels into one sound stream, applying various effects to the samples used.

Tracks which are played at the same time are grouped to form a pattern. A pattern typically has 64 entries per track; these entries are cycled through at equidistant time intervals. A basic drum set could thus be arranged by putting a bass drum at entries 0, 4, 8, 12 etc. of one track and putting some hihat at entries 2, 6, 10, 14 etc. of a second track. Of course you can also interleave bass and hats on the same track, if the samples are short enough they can’t overlap, otherwise the previous sample is stopped when the next one sets in  look at the screen shots for a more visual explanation. 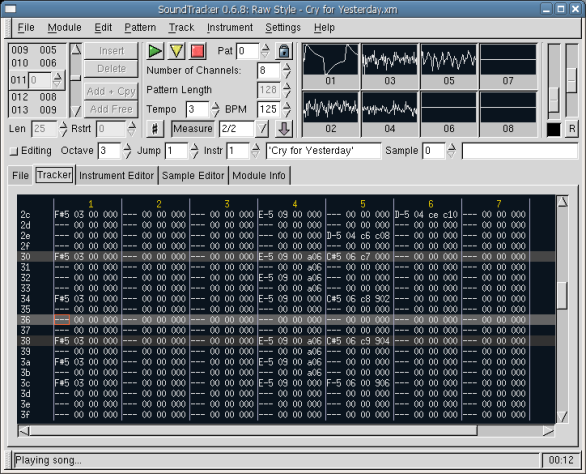 Psi is a free GPL instant messaging client for the XMPP protocol which uses the Qt toolkit. Fast and lightweight, it supports multi-platforms. XMPP allows gateways to other services, which many servers support, it can also connect to the Yahoo! Messenger and other Service networks. […]

Snaplr is a simple way to capture and annotate your desktop’s activity. After taking your screenshot, you can highlight a specific screenshot area further with a set of drawing tools. Copy your screenshot to the clipboard and paste it to an outlook email or save it as a png. […]