ShadowExplorer enables the user to surf through the shadow copies generated by Window Vista. Generally Vista creates point in time copies of user files on a regular basis. It allows you to recover older versions from files that may have been accidentally deleted or modified. It is especially designed for consumers of home editions, who cannot access their shadow copies by default.

If you accidentally delete something, say, you can then right-click its folder, select Properties > Previous Versions, and perhaps recover the lost file from one of these backups.

The interface for this is a little clumsy, though. And it’s only available in the Ultimate, Business and Enterprise editions, although the copies are still being made in the Home editions – which is where ShadowExplorer comes in. 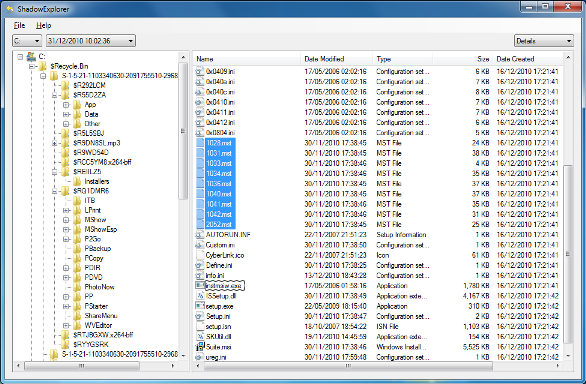 Intel Data Migration Software provides a quick and easy way to transfer your data from a regular hard drive to an Intel Solid State Drive (SSD). The migration program has been designed with user friendly features, which can automatically detect the old and new drives […]

Microsoft SkyDrive is a free tool that sync and store your files online. It securely store your files and get to them from any of your devices, including your PC, phone, Mac, or iPad. You never have to worry about forgetting a file at home or work, latest versions are automatic […]