Shaadi.com matrimonial service launched ‘Angry Brides’ a game to create awareness and showcase the company’s stand against Dowry. The game has been conceptualized, designed and developed in-house by the Shaadi.com team.

It was launched on Shaadi.com’s Facebook page that has nearly 266,600 followers. To play the game and take a stand against Dowry, all you need to do is log in to your Facebook account, go to the Shaadi page and click on ‘Angry Brides’ at the left-hand side. or directly go to tha Shaadi.com Facebook page by clicking http://www.facebook.com/shaadicom to play the game and support the Anti-Dowry campaign.

[advt]The game involves three grooms with a heavy Dowry price tag. The players need to strike the dodging grooms with a weapon of their choice. Each aim decreases the price of the groom and adds the saved money to the player’s Anti-Dowry fund, which players can choose to publish on their Facebook wall or tweet to their timeline.

“The ‘Angry Brides’ game is our way of throwing a spotlight on the nuisance of Dowry. According to a 2007 study by NCRB, there’s a Dowry-related death every 4 hours in India. We condemn this menace and have consistently run campaigns on Social Media to help create awareness on the seriousness of this issue.” 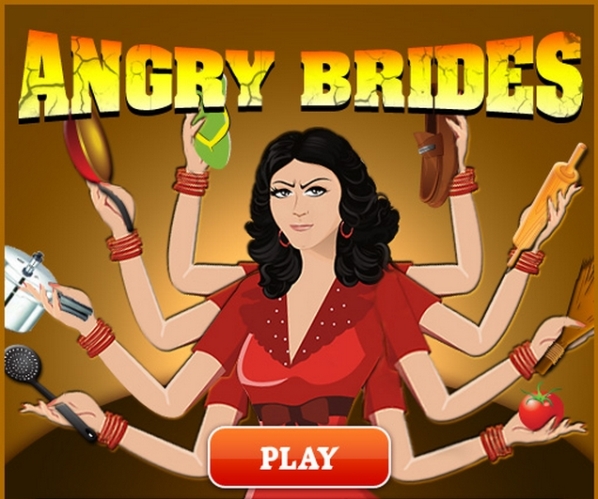 Facebook has launched first gambling games app. The game, Bingo Friendzy app was created by Gamesys, a London-based online gambling operator, is the first Facebook app to promote the exchange of real currency. This app allows users aged 18 and over to play games for cash prizes. […]

Angry Birds to Nest on Facebook on Valentine’s Day

Angry birds will fly to their Facebook Nest on this Valentine’s Day. 2012 February 14th onwards Angry birds players can play their favourite game on Facebook. The basic version of the game will be free of cost, while the power upgrade can be purchased for just $0.99. […]

Zapak Tambola is Zapak’s first social game on Facebook is an independent application with social integration. It is a version of a popular game – Housie, played in clubs, and other social get-togethers across India. TCoins and TCash are the two currency options to play the game. […]