Zapak Tambola is Zapak’s first social game on Facebook which is an independent application with complete social integration. Zapak Tambola is a version of a very popular game called – Housie, played in clubs, parties and other social get-togethers across India. The multi-player game allows players to chat with each other from the same room and also send and exchange virtual gifts. 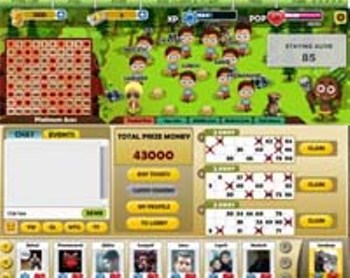 The exciting part is that unlike the offline game, Zapak Tambola allows players to experiment with different avatars which they can show off. The advanced Avatar feature is a first in synchronous games on Facebook.

ShakyTower is a challenging physics game with a twist. It helps you to explore the Forest World, slide your way through the Ice World, fend off sharks in the Underwater World, how cosmic skills in the Moon World, Armstrong-style and crunch some rocks in the Underground World. […]

Farm Slot Christmas is a game that is mainly developed for Christmas.Farm slot is a 5 reel, 15 payline slot machine with wild symbols, scatters & free spins. New players to Farm Slot get a free bonus of 1500 coins. In this you can chat with friends and can connect with Facebook. […]