Samsung India had announced support for 9 Indian languages for their Galaxy series smartphones and tablets. Now the Samsung smartphone users can access the user interface and content in these 9 languages too. The newly included languages are Hindi, Punjabi, Bengali, Tamil, Telugu, Kannada, Malayalam, Marathi and Gujarati. These Indian languages will be supported on Galaxy Grand, Galaxy S4 and the Galaxy Tab 3, starting from Aug 13. 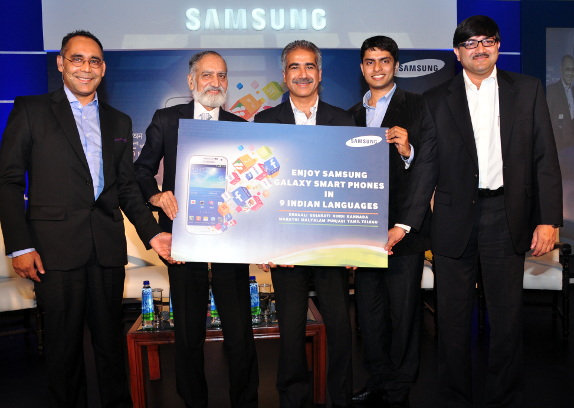 Samsung is unwilling to work with content providers, but will develop an ecosystem with app developers to let customers experience the apps in their favorites language. Samsung plans to roll out the regional language support for more smartphones from next month.

Samsung Galaxy S Pro is believed to be packed with a 1GHz ARM Cortex A8 processor, Super AMOLED screen of 480×800 resolution, Samsung TouchWiz 3.0 UI, 512MB of RAM, a 5MP camera with 1x optical zoom and 720p video recording coupled with a VGA front-facing camera. It is expected to be loaded with Android 2.2 Froyo. It has a slider keyboard and supports WiFi 802.11 b/g/n. […]

Samsung launched ‘Hope for Children’ globally to bring attention to the worldwide need for childhood education and healthcare. This unique among social contribution programs advocates on the behalf of children by providing Samsung products, knowledge and employee volunteer service. […]