My Tracks is a Free app from Google Inc., which records the path, speed, distance and elevation of the user while the user walks, runs, bikes or do anything else outdoors. While recording, user can view his data live, add notes on the path and can hear periodic voice announcements of user’s progress. 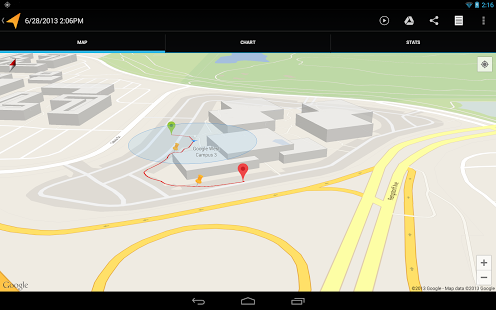 Using the app, the user can record GPS tracks, can monitor his real time speed, distance and elevation live on the phone, can share outdoor activities with friends via Google Plus, Gmail, Facebook and Twitter and can view their real time location on Google Maps for Mobile.

Users can mark short cuts, running paths and newly discovered routes with a waypoint. Also the users can record their heart rate and bike cadence to know their performance. Users can export their tracks and statistics to Google Maps, Google Docs, Google Fusion Tables and External Storage Devices too.

My Tracks is an open source project. It can be downloaded from Google Play Store.

Kaspersky labs had issued a statement saying that a Trojan called ‘Obad.a’ have been detected in the recent months, which targets mobile devices and is the first ever to be reported. Its being spread in the form of an Android app. Eighty Three percent of attempted infections were recorded in Russia. […]

Tango is an entertaining, easy to use, free video calling service that connects people around the world with friends and family from wherever they are. Free video calls can be made by anyone who has downloaded Tango to their iPhone, iPod touch, iPad or Android devices. […]

Adobe Flash Player 10.2 for Android for Download in the Market