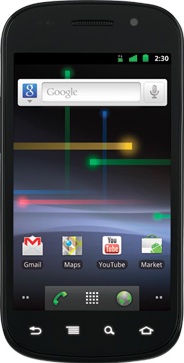 Samsung Electronics announced the launch of Nexus S smartphone in the Indian market which claims to be world’s first handset to feature the latest version of Google’s Android platform(Android 2.3 – Gingerbread). It is known as Samsung Nexus S I9023(GT 9023) in India.

Developed in partnership with Google, Nexus S is the first handset from Samsung Mobile with a 4 inch curved LCD screen and and near field communication (NFC) technology which allowed users to read information from nearby tags that were embedded with NFC chips. Samsung Nexus S is priced at Rs. 26,990.

Helpouts by Google Connects People to Help Each Other Real Time

Google all set to launch Helpouts, a new initiative to connect people who need help with people who can give help, either in real time or in live video. Needy can get help from people like teachers, counselors, doctors, home repair experts, personal trainers, hobby enthusiasts etc, based on qualifications, availability, ratings and reviews. […]