Sony enters into the tablet PC market later this year with two models based on the latest version of Google’s Android operating system.

The Sony Tablet carrying the development names S1 and S2, will arrive this fall and run on Android 3.0 Honeycomb. They feature a dual-core processor will be able to play first-generation PlayStation titles.

The company didn’t announce pricing details or specific launch dates, but it did offer some basic specifications and demonstrate prototypes of the two machines at a Tokyo news conference. 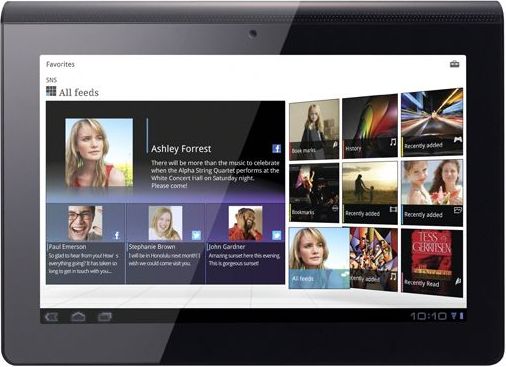 The S1 is a slate design and has a 9.4-inch screen. At first glance it looks similar to most competing tablets, but look more closely at its profile and you’ll see it’s shaped like a wedge. The upper portion of the tablet is thicker than the lower portion and that makes it easier to hold, said Sony.

[advt]Sony has built an infrared transmitter into the S1, so it can be used to control gadgets around the house, such as a television or Blu-ray Disc player. It also supports the DLNA (Digital Living Network Alliance) consumer electronics networking standard and can send audio and video content over a Wi-Fi network to be played on other devices. Using this technology, for example, a movie could be purchased on Qriocity and streamed to a DLNA-equipped television (from any manufacturer) through the tablet.

The S2 is a folding device equipped with dual 5.5-inch screens. It has a rounded design and is small enough to fit in the inside pocket of a jacket. Unveiling the tablet at the Tokyo news conference, Kunimasa Suzuki, deputy president of Sony’s consumer products group, reached inside his jacket and pulled it out.

On the S2, the dual screens can be used for gaming. The top screen will show the game and the bottom display will have on-screen controls that can be manipulated with the touchscreen. The tablet will be PlayStation Certified — a new program from Sony Computer Entertainment that extends the PlayStation gaming platform to other devices. 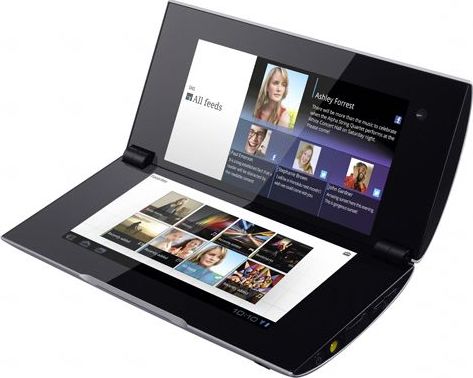 Both tablets will run Android 3.0, the so-called “Honeycomb” version of the operating system, and can connect to Wi-Fi hotspots and cellular networks. Sony is building support for its Qriocity online audio and video services into both tablets, and users will also be able to browse and buy electronic books.

HCL Infosystems announced X1 ME, its fourth Me series Android tablet in the Indian market. X1 ME tablet has 7 inch capacitive screen, 1 Ghz processor, 2 MP camera and is powered by the Android 2.3 (Gingerbread) operating system. HCL X1 ME tablet is priced at Rs.10,490 in India. […]