Kaspersky labs had issued a statement saying that a Trojan called ‘Obad.a‘ have been detected in the recent months, which targets mobile devices and is the first ever to be reported. Its being spread in the form of an Android app and massive attacks have been reported mostly from CIS countries. 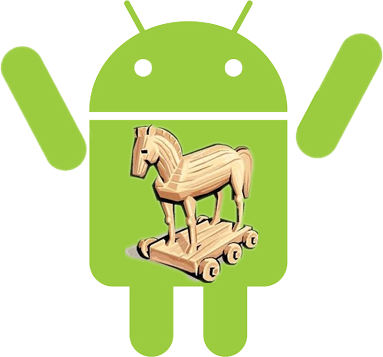 Kaspersky labs specialists have been analyzing how the malicious Android app ‘Obad.a’ Trojan, for over a quarter of this year. Eighty Three percent of attempted infections were recorded in Russia, also experts detected it on devices in Ukraine, Belarus, Uzbekistan & Kazakhstan.

One version of ‘Obad.a’ Trojan spreads with another Trojan ‘SMS.AndroidOS.Opfake.a‘. This infection attempt starts with a text message to users with a web link, asking to download a recently received text message. If clicked, a file containing Opfake.a will be downloaded automatically to the device.

[advt]Anyhow, the file will not be installed if the user does not launch it. If they did, then the Trojan sends messages to all the contacts on the infected device. Clicking the link in these messages downloads ‘Obad.a’. One Russian mobile network provider reported more than 600 messages containing these links within just five hours.

Apart from using mobile botnets, this Trojan is also distributed by spam messages. This is a major carrier of the Obad.a Trojan. Typically a warning message with a link to the user, reminding about unpaid ‘debts’ and if they click the link Obad.a will be downloaded automatically on the mobile device.

How to Manage Android Device from a Desktop Browser Using AirDroid?

AirDroid is a Free app to help users manage their Android from a desktop web browser. Users can manage their apps, send / receive texts and even make calls via AirDroid. The current released version of AirDroid is 2.0.4 and it works on devices having Android 2.1 and up. […]

Videocon Mobile Phones announced its entry in the Android phone market, by launching ‘Videocon Zeus’ in the Indian market. “Videocon Zeus” ‘ (Model: V7500) is a Multi-Touch, 3.5G, Android 2.1 (Éclair) ready phone with a large 3.2 inch multi-touch (capacitive) screen with 600 MHz Qualcomm Microprocessor, 5MP camera, Wi-Fi, A-GPS and Push Mail amongst many other features. The Android powered Zeus replicates the PC experience for the user on the move. […]

Maxthon Cloud Browser for Android is a fast, secure and easy to use web & mobile browser. It is the first multi-tab browser with Cloud Services including Cloud Tabs, Cloud Download and bookmarks/favorites sync. With its cool design and advanced features, the browser delivers a fresh browsing experience. […]