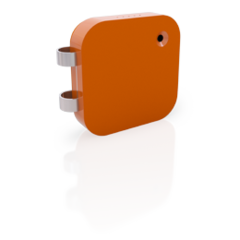 Memoto Lifelogging Camera is a tiny & wearable automatic camera with GPS which takes two geotagged photos a minute with recorded orientation. The integrated Memoto App organizes the pictures for the user. The camera constantly takes pictures as long as the user wears it.

The camera has no buttons and is also weather proof. The camera’s batteries shall be recharged after approximately 2 days of use. Connecting the camera to a PC will recharge the batteries and the photos will be automatically uploaded to Memoto’s servers at the same time.

Lifelogging is a technique for gathering daily moments in a digital manner, which has been gaining popularity with mobile applications such as Saga, RunKeeper and Moves.

How does it store the Pictures

The Memoto camera collects a stream of pictures and sorts them automatically according to the location, time and light. The ‘memory timeline’ can be shared on social media such as Facebook or Twitter. The timeline features keyframes, each representing one moment. Users can tap a moment to watch it in a stop-motion like video.

With Memoto, only the user can share the photos. Memoto pictures will always be private by default. The Memoto Camera produces almost 4 GB data per day which amounts to 1.5 TB data/year. To store such a huge volume, Memoto offers safe and secure infinite photo storage at a flat monthly fee.

[advt]Memoto offers secure storage for all photos at a monthly fee of $9, starting from the second year. Memoto offers free storage in the first year. Also users have the option to store all photos (with the exception of GPS position) on their local hard drive.

A double-tap on the camera takes a single shot outside the regular interval. It produces 5 megapixel resolution images. Also the camera has a log of GPS positions and timestamps. It features an LED battery life indicator too. It also offer 4000 pictures space on memory.

Inbuilt accelerometer ensures that pictures are correctly oriented regardless of how the camera is worn. Also it has a micro USB port for charging and connecting to computer. It also has another hardware, which is a Stainless steel clip to connect the camera to user’s clothes.

The software automatically uploads the photos to Memoto’s servers while the camera is connected to user’s PC. It offers encrypted storage for an indefinite number of photos. Also these photos can be accessed easily through smartphone apps and browser.

Twitter has temporarily disabled access to a feature that lets users display Twitter updates on their websites by using Flash Player, after a security researcher warned of a programming flaw that left the login credentials of its users vulnerable to hackers. […]

Mingly is a relationship management tool, it has plug-in for Gmail in Firefox and Chrome. It brings messages and key updates from LinkedIn, Facebook and Twitter to Gmail, so you can keep track of who and what’s important. It shows a feed of contacts and important events […]

FireStatus is a Firefox extension that aims to be a swiss army knife for dealing with various social networks, right from your browser, without visiting any particular website. Facebook, Twitter, FriendFeed, and Identi.ca are currently supported, but more are in the pipeline. […]