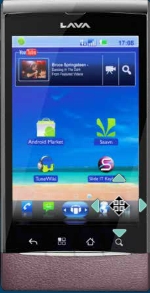 LAVA S12  is a full touch phone that runs on Android 2.2 (Froyo) and powered by Qualcomm 7227 600 MHz CPU. It has 3.2 inch HVGA (480×320) display and 5MP camera with 2x zoom. It has four metallic keys placed below the front panel, it supports HSDPA technology gets you download speed of up to 7.2Mbps.  You can also use Lava S12 as a hotspot for connecting other Wi-Fi enabled device to the net.

It has 150MB internal memory and its external memory can be expandable upto 32GB. Its battery has the capacity of 1300mAh(Lithium-ion).  It weighs 120grams (with battery). It supports smart sensor technology from LAVA. Its pocket and quite ringer on gesture modes, make managing incoming call alert. 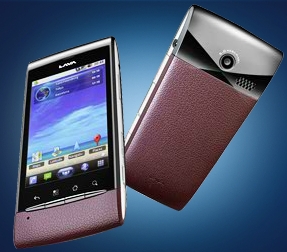 Pocket Mode : Whenever the phone is in a bag or pocket, upon receiving an incoming call it automatically vibrates and its volumes increases from the user level, so that you don’t miss any calls.

Quit Ringer on gesture: The phones ringing during an incoming call can be silence just by sliding the hand over the phone

The native x86 Android will be based on the Froyo release and will soon be available to developers. With this, Atom-based netbooks and tablets can soon run Google’s Linux-based OS. With an x86 Froyo, Android is expected to get established in the netbook market and the nascent tablet market. The opensource mobile OS Android is now catching up on areas such as Netbooks, tablet and smartphones. […]