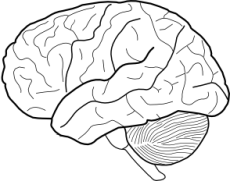 Google search has now become a part of our lives. Most of the people use it to find information from internet. But have you ever thought of its effect on our brain?

As long as we know where to find information, we are less likely to remember it. The easily accessible data anywhere, anytime is changing the way people handle information. So in effect Google is making people dumb, by destroying our memories.

A new study has revealed findings that could just go to show that Google could be destroying our memories.

According to the study published by Psychology professors from the Columbia University, the University Of Wisconsin-Madison, Harvard University:

“People remember less by knowing information than by knowing where the information can be found. The Internet, with its search engines such as Google and databases such as IMDB and the information stored there, has become an external memory source that we can access at any time. It has become so commonplace to look up the answer to any question the moment it occurs, it can feel like going through withdrawal when we can’t find out something immediately.”

[advt]The four tests that the professors conducted on individuals in short, confirmed that searching for information on the internet could be wiping out our “internal memory”, which stores data. “When people expect to have future access to information, they have lower rates of recall of the information itself and enhanced recall instead for where to access it”, said the study.

So instead of remembering data, say what happened during an event, we tend to remember which sites we saw that information on, or where on Google we found the site.

According to the study “These results suggest that processes of human memory are adapting to the advent of new computing and communication technology. We are becoming symbiotic with our computer tools growing into interconnected systems that remember less by knowing information than by knowing where the information can be found.” “This gives us the advantage of access to a vast range of information—although the disadvantages of being constantly ‘wired’ are still being debated”, concluded the professors in the study.

Over usage of Facebook may develop psychological disorders such as antisocial behavior, narcissism and a slew of other character flaws in teens, according to a recent study. One of the interesting point in the study is that Facebook usage will develop a virtual empathy in teens. […]

Internet population in India is expected to grow to 121 million internet users by December 2011 from 100 million in September this year; says ‘Report on Internet in India (I-Cube) 2011 – a joint study by internet and Mobile Association of India (IAMAI) and IMRB. […]