Bihar Chief Minister Nitish Kumar, at the e-Bihar summit at Hotel Maurya in Patna, unveiled the World’s longest free Wi-Fi zone stretching nearly 20 kilometer between the National Institute of Technology (NIT) at the eastern end of the Ashok Rajpath and Danapur at the western end of the state capital. 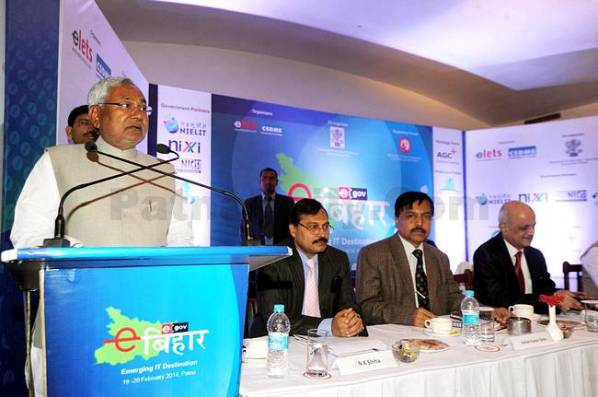 The chief minister also unveiled a city surveillance and dial 100 scheme under which at least 100 CCTV cameras installed in different localities of the state capital became operational. A state data centre has also been opened for storing of the data collected by these cameras.

Speaking on the occasion, CM announced an IT City would be developed on a 200-acre plot at Rajgir. He also said the government has in principle approved an infotech building on a plot of one lakh sq ft and another on a plot of 5 lakh sq ft in Patna. Besides, an infotech park is coming up on the outskirts of the city.

The state’s free Wi-Fi zone is the longest in the world since China’s 3.5km zone was treated as the longest so far. The ‘city surveillance and dial 100’ project is first of its kind in the country as it integrates the surveillance of the city, vehicle tracking and dial 100 control centre schemes. An automated number plate recognition system has been installed on 11 roads, which will automatically note the registration number of the vehicles entering and exiting the city. “It was with this surveillance system’s help that the Patna police rescued the son of a city-based trader from Ara within 24 hours of his kidnapping recently,” CM said.

IT minister Shahid Ali Khan said free Wi-Fi facility would be provided at all the tourist spots in the state. Principal secretary (IT) N K Sinha said Bihar might be a late entrant to this sector but “we are on the cusp of IT revolution”. Nasscom president R Chandrashekhar and Beltron MD Atul Sinha were among those who also spoke at the e-Bihar event.

Refynr.com is a web app that filters Twitter and Facebook via custom keyword and saved the Refyned feeds to read later. The filters can be keywords, tags, names, or usernames. The web app is optimized for mobile web, such as on iPad, iPhones, and Android devices […]

Pick & Zip is a Facebook application that works via Connect allowing users to quickly download photos from Facebook in either a PDF or Zip file, instead of having to use Facebook’s interface for one-off downloads. It is also free backup online tool. It doesn’t require installation […]

Forward Mails From Gmail to Another Email Account Automatically

Gmail lets you automatically forward incoming mail to another address. Here’s how to forward messages automatically: Click Settings at the top of any Gmail page, and open the Forwarding and POP/IMAP tab. From the first drop-down menu […]