Facebook released a list of the games on Facebook that were most popular in the year 2011. The list reveals a few surprises as ‘Gardens of Time‘ tops the list followed by ‘The Sim’s Social‘, pulling down Zynga’s hit social game ‘CityVille‘ to the third position.

According to Facebook, ‘This list was compiled by looking at the top games on Facebook with more than 100,000 monthly active users and giving priority to those games with the highest user satisfaction scores. The result is a list of the games that received the most user recommendations in 2011.’

In addition to highlighting the variety of games people played, the list also shows that innovation in the space is reaching Silicon Valley and beyond. Apps were built by developers around the world from Seattle, Santa Monica, Canada, Germany, Japan, Serbia, and Prague. 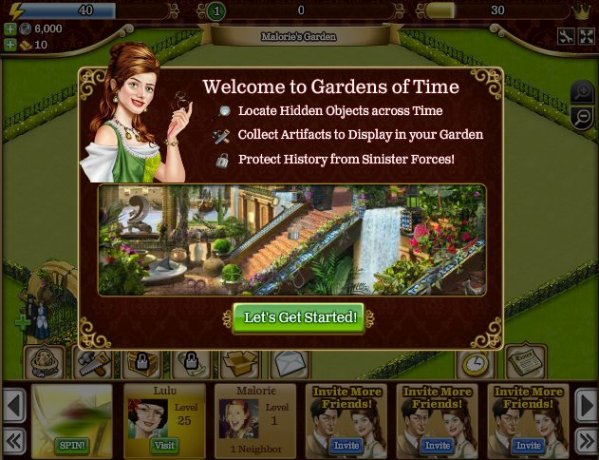 All Tata DOCOMO 3G subscribers can play high-end games on their mobile phone with the 3G gaming portal. Send an SMS ‘GAMES’ to 53333 and receive the link. Visit the portl and select the games of your choice and download to your phone. Free games and paid games are available. […]

ibibo Farms is a social game, launched as a competitor to Facebook’s Farmville. In the ibibo Farms, each player manages and owns a piece of land, grows crops, harvests crops and earns virtual money. Players aspire for the top leader board position within their online social graph. […]