Angry Birds is a puzzle video game developed by Finland-based Rovio Mobile in which players use a slingshot to launch birds at pigs stationed on or within various structures, with the intent of destroying all the pigs on the playfield. Since its release for Apple’s iPhone and iPod Touch devices, over 10 million copies of the game have been purchased, and versions have appeared for other touchscreen-based smartphones.

It is available for iPhone, iPad, iPod Touh, Android Phones and Nokia phones.

The survival of the Angry Birds is at stake. Dish out revenge on the greedy pigs who stole their eggs. Use the unique powers of each bird to destroy the pigs’ fortresses. Angry Birds features challenging physics-based gameplay and hours of replay value. Each of the 195 levels requires logic, skill, and force to solve. 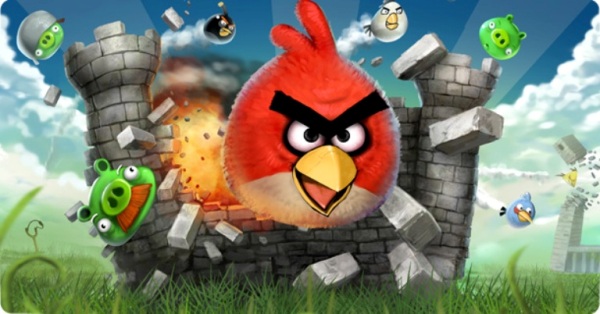 Google Wallet is an Android app that makes your phone your wallet. It stores virtual versions of your existing plastic cards on your phone. Simply tap your phone to pay and redeem offers using near field communication (NFC). At launch, It will be compatible with Nexus S 4G by Google. […]

You can now play Angry Birds on the web!. Yes!!! Now Angry birds is not restrained to android and iPhone users, netizens too can play it. Angry birds is available online at http://chrome.angrybirds.com/ and as a chrome web app in chrome web store. It is only a beta release of the game. […]