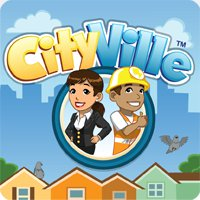 The CityVille Facebook game by Zynga, which is launched less than a month ago, has become the world’s most popular game, nabbing the number one spot from Zynga’s own FarmVille social gaming.

CityVille, launched Dec 2, is a city simulation social game. You can build stores and operate franchises in your friends’ towns. While CityVille is free-to-play, users can spend real money on virtual goods to enhance gameplay.

It is estimates say that Zynga has brought in between $500 million to $700 million in revenue this year from the sale of virtual goods, NYT reports.

Seesmic Desktop is ideal for Twitter and Facebook fanatics with multiple accounts. It collects all status messages from all your accounts in one feed. It handles the Twitter desktop basics, like sending messages, replies, and retweets, posting images, and shortening links. […]

Pakistan lifted the ban on Facebook which had carried a competition to draw the Prophet Mohammad, after getting assurance from the government that “blasphemous material” would no longer be available in Pakistan. On Sunday, Bangladesh also blocked access to Facebook over “objectionable” material about the Prophet Mohammad. […]

How does chat work with the new facebook messages? Chat and message histories are threaded together – you can think of them as one and the same. When you open a conversation you’re having with […]