Bacula is a set of open source, enterprise ready, computer programs that permit you (or the system administrator) to manage backup, recovery, and verification of computer data across a network of computers of different kinds. Bacula is relatively easy to use and efficient, while offering many advanced storage management features that make it easy to find and recover lost or damaged files. In technical terms, it is an Open Source, enterprise ready, network based backup program.

The Documentation link takes you to a page where you can access all the available Bacula documentation (HTML, PDF, and TGZ) both for the officially released version and for the current code under development in the Source Forge GIT.

The development version of the manual typically has more documentation, but may also document new features that are not in the released version.

[advt]Bacula supports Linux, UNIX, Windows, and Mac OS X backup clients, and a range of professional backup devices including tape libraries. Administrators and operators can configure the system via a command line console, GUI or web interface; its back-end is a catalog of information stored by MySQL,PostgreSQL, or SQLite. 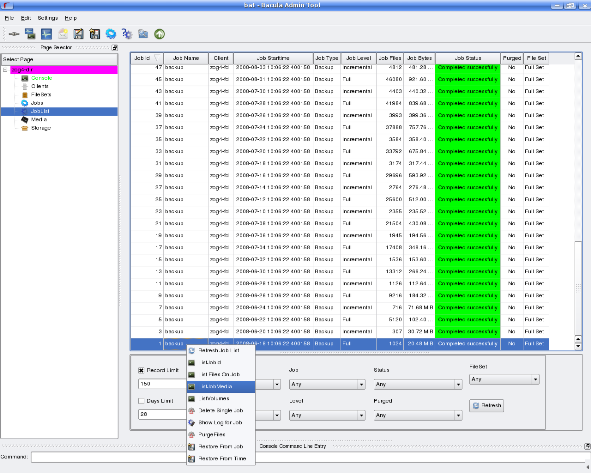 TightVNC is a free remote control software package. It is enhanced version of VNC, which includes a lot of new features, improvements, optimizations and bugfixes over the original VNC version. User can see the desktop of a remote machine and control it with local mouse and keyboard […]

COMODO Backup is free backup tool for windows. It is somewhat unique in allowing you to backup entire drives and partitions as well as files and settings. Everything is handled from a reasonably intuitive interface, clicking to familiarize yourself with all available options […]

OSFMount lets you mount local disk image files (bit-for-bit copies of a disk partition) in Windows with a drive letter. It also supports the creation of RAM disks, as well as mounting images of CDs. This generally has a large speed benefit over using a hard disk. As such this […]