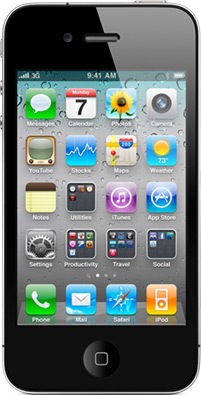 During a keynote address at WWDC 2010, Apple CEO Steve Jobs announced the new iconic device iPhone 4 which runs on iOS 4 with gorgeous retina display, 720p HD video recording, FaceTime-video calling application, multitasking, folder organisation and a better battery along with more than 100 new features added to the existing ones. iOS was previously known as iPhone OS.

Surprisingly thinner by 24% than the iPhone 3GS, the iPhone 4 is a mere 9.33mm. This makes it the thinnest smartphone on the planet. The phone supports micro SIM, the same as in iPad.

iPhone 4 will have its own A4 chip that sits inside the recently launched iPad and is very fast and relatively smaller than the existing chip on iPhone 3GS. Being faster than 3GS means HSDPA/HSUPA speeds of 7.2Mbps down and 5.8Mbs up, which is quite good and real fast.

Other additions are 802.11n Wi-Fi, a gyroscope to detect motion on three axes and works much more precisely by coupling with accelerometer and compass to give a 6-axis motion sensing- a first on any phone.

The device has an LED flash and 5 MP camera with larger and back illuminated censor to give stunning images. Apple had reduced the pixel-censor size ratio for better quality picture unlike other phone makers who increase the pixel density on the same small censors. There is a front VGA camera for video calls (however the back camera can also be used by a simple tap).

The back camera has the ability to record High-Definition or HD videos at 720p resolution at 30 FPS (frames per second, an industry standard). To add to the user experience, Jobs announced the iMovie for iPhone which could be used to edit the video footage from the phone, add transitions, effects etc. to make a movie on the phone itself. 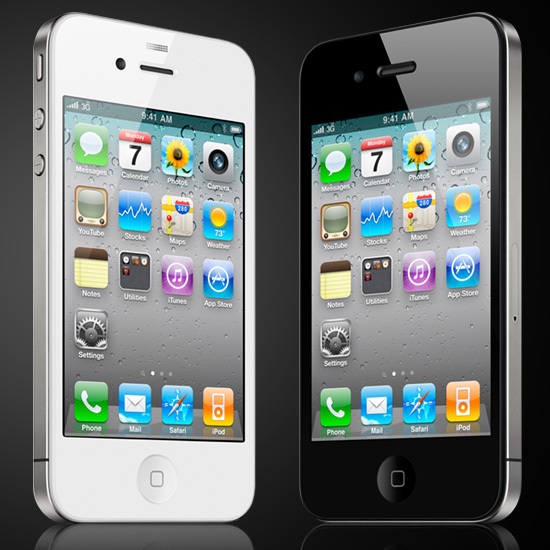 The iPhone 4 will have an unique ‘Retina Display’ which offers four times pixel density than the current iPhone. The current iPhone 3GS has a pixel density of 163ppi (pixels per inch) but iPhone 4 takes it to 326ppi that is unseeable to the human eye. The human eye can see up to 300ppi and iPhone 4 has exceeded the standard by a huge notch. The text on screen will look as clear as a printed book. The characters won’t pixelate and it will offer a sharp and crisp resolution of 960X640, way above the current phones in the market, with a normal contrast ratio of 800:1.

Design is a packed powerhouse with some “cool engineering”, in Jobs’ own words, the steel rim that wraps the sides has been used as antennae for GSM, UMTS, Wi-Fi, and Bluetooth radios. It promises better call quality over Wi-Fi. We have seen that Apple doesn’t waste even a single inch of space on its devices and makes use of it. (The circle around the camera doubles up a s a GPS antennae!). It retains the same physical buttons with a ringer/silent switch, volume up and down, sleep/wake or on/off along with one microphone near the 3.5mm stereo headphone jack for noise cancellation.

iPhone 4 runs on the renamed iOS 4 which packs some great and most awaited features like multitasking, folder organisation, Bluetooth key board support, spell check, playlist creation etc. The name has been changed to iOS as it runs on iPhone, iPod touch and iPad as well.

Multitasking was a feature that was deliberately not included by Apple in its previous iPhones as it drained the battery significantly. “We are not the first at it but we have got it just right”, Jobs claimed regarding multitasking. He said they have a better chip and better technology which does not drain the battery by unnecessarily running additional programmes in background.

Multitasking comes with a cool interface which appears once the user presses the home button twice and with a swipe of fingers one can see what apps are currently running. That means one can listen to music, browse web, switch to calls or play games without quitting the running applications.

Next big feature in the iOS 4 is folder organisation which now gices users the flexibility to store a whopping 2160 apps against the existing 180. One can simply hold an app icon and drag it onto another to make a folder, then rename it and place it anywhere on the home screens.

One can now have more intelligent dictionary which can be made to learn words and check spelling as well. The iPhone users can see a red dotted line if they type a wrong word and tapping on them will suggest them the right words for that combination of letters. A good and handy feature if you are in a habit of blogging or emailing from iPhone.

Integrated iAd platform which is a new venture for Apple is a great way to serve advertisement to users. Ads will be displayed in the applications but tapping on them won’t drag the user somewhere from where he/she cannot return! It will be in the app itself and will return to the app once the user wants it. Apple will give 60% to the developers and keep the 40% of the revenue with itself.

iMovie, a video editing application from Apple and iBooks, a book reader with the power to buy books from the iBookstore are two added attractions apart from FaceTime, a video calling feature. FaceTime lets the users make a video call from iPhone 4 to iPhone 4 over Wi-Fi and gives a decent quality as well. This can be used with both the cameras of the phone and cameras can be swapped as the user desires by tapping an icon on the screen.
The full specification sheet with some stunning images and features are posted on Apple’s website. As the banner on the site reads, “This changes everything. Again.”

iPhone 4 comes in either black or white and will be available in the US for a suggested retail price of $199 (US) for the 16GB model and $299 (US) for the 32GB model in both Apple and AT&T’s retail and online stores, Best Buy and Wal-Mart stores. iPhone 4 will be available in the US, France, Germany, Japan and the UK on June 24 and customers can pre-order their iPhone 4 beginning Tuesday, June 15 from the Apple Online Store or reserve an iPhone 4 to pick up at an Apple Retail Store. iMovie for iPhone will be available on the App Store for just $4.99 (US).

CDMA iPhone : Reliance and Vodafone in Talks with Apple

Apple is in talks with the two CDMA network providers in India, Reliance Communications and Tata Teleservices, to offer a version of the iPhone based on the CDMA technology, WSJ reports. Apple is currently making a CDMA version of iPhone for Verizon Wireless in the United States, which is expected to sell early 2011. Launch date in India is not yet clear though. […]

Socialcast is a powerful Enterprise Activity Stream Engine a collaborative microblogging platform that unites your company’s people, data and applications in real-time. its software creates a flexible, simple, data-rich collaborative space where employees can find information from applications […]