If you are associated with the technology world and you do not read the Wired magazine, you are missing a lot. If you make your living in technology and you don’t read Wired, it is closer to being a crime. 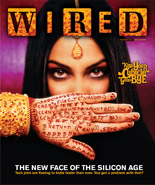 If I were asked to give advice to a young person in technology about a magazine that he/she should read, I will choose Wired, wherever they are in the world. Some may see this as too America-obsessed an opinion. But the technology industry is still America-centric by a mile. Whatever anyone says, Bangalore, Israel and Z-Park are more dependent on Silicon Valley for their existence than vice versa.

And Wired, in a lot of ways, brings the best of America to the rest of us – the America of the great science, of the courage to go against accepted wisdom, the America which is open to outsiders with a vision to change the status quo for the better.

Not the America of fast food and sugared water and the stupid, always on mass media which are more easily copied by other societies around the world.

Below are five insanely great cover stories from Wired, the earliest from 1995 and the latest being last month’s. 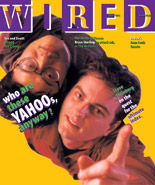 This was written when Google was five months old. It is a tribute to Steve Steinberg’s research and deep analysis that he still got so close to predicting the future of one of the biggest industries of today – Internet search.

Steinberg dons the role of an investigative journalist with élan, analyzing Yahoo(then just two years old) and its attempt to catalog information and correctly predicting it to be unviable. He then goes to Inktomi, the ‘largest index of the web’, something which would be called an early search engine today and groks about its inability to provide context. Excite’s and Oracle’s ultimately doomed attempts are also covered. Steinberg is correctly able to foresee the privacy concerns that the indexing of the Usenet discussions by Excite is going to cause. 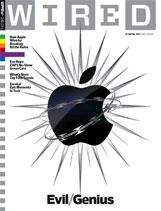 There are rules for mortals. And there are rules for Steve Jobs. Rather the lack of them. He parks his car in the place reserved for handicapped people. He terrorizes his employees. He makes his company opaquer than the Kremlin in today’s era of openness and transparency. He openly mocks and derides the requirements coming from his own costumers.

This is about how Apple, or more specifically Steve Jobs wins by turning conventional wisdom on its head. 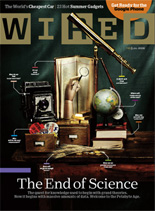 Chris Anderson has gone out on a limb and predicted the end of the scientific method as we know it. No more theories he says. Big thing to say. He makes a convincing argument though.

I remember reading about the ATM communication standard in my Computer Networks paper in the last semester of my engineering in 2003. So boring it was to by heart some out of context technicalese just to pass an exam.

I wish someone had pointed me and my classmates to this seminal story.

Okay, I cheated. This was not a cover story, but should have been. 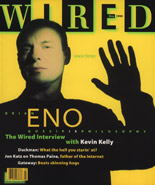 The problem with computers is that there is not enough ‘africa’ in them. The way to make computers that really work are to “create a design team composed only of healthy, active women with lots else to do in their lives and give them carte blanche. Do not under any circumstances consult anyone who (a) is fascinated by computer games (b) tends to describe silly things as “totally cool” (c) has nothing better to do except fiddle with these damn things night after night.”

I don’t pretend to understand, let alone agree with everything that this guy says, but in a lot of ways, he seems ahead of the curve. And his ideas make you rethink the fundamentals which is what insanely great ideas are supposed to make you.

Google Browser Size is a tool developed by Google Labs to help web designers to know what percentage of web users can see different areas of a website without needing to scroll. Browser Size shows you what portion of users can see a given spot on the screen. To try it, simply visit http://browsersize.googlelabs.com/ and enter the URL of a page you would like to examine into the “Enter URL here” textbox at the top of the window and click Go.
[…]