Yahoo has appointed leading Google executive Marissa Mayer to be its next chief executive (CEO). Ms Mayer was one of Google‘s earliest employees and was most recently responsible for its mapping, local and location services. Ms Mayer, 37, began her career at Google in 1999 after getting her master’s degree in computer science from Stanford.

The appointment of  Ms. Mayer is consider a coup for Yahoo, which has struggled in recent years to attract top talent in its battle with competitors. One of the few public faces of Google, Ms. Mayer, has been responsible for the look and feel of some of the search company’s most popular products. Ms. Mayer will be Yahoo’s fifth chief executive in less than a year.

Mayer, who is currently 37 years old, has worked on Google’s search homepage, Gmail, and other successful Google products. Mayer will also join Yahoo’s board of directors. She has been named as one of the most powerful women in technology time and again. Mayer, the first female engineer hired at Google, joined the Internet search giant in 1999 as its 20th employee and led efforts for many of Google’s most recognizable products including the search product and homepage. She most recently served as Google’s vice president of location and local services.

“I am honored and delighted to lead Yahoo!, one of the Internet’s premier destinations for more than 700 million users,” Mayer said in a statement. “I look forward to working with the Company’s dedicated employees to bring innovative products, content, and personalized experiences to users and advertisers all around the world.” 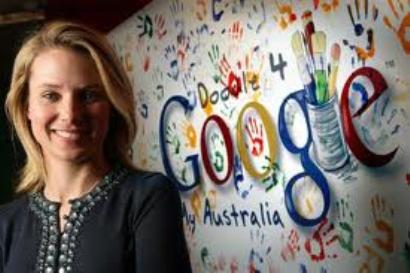 The Indian Government has asked Internet companies like Facebook and Gooogle to screen contents from India and remove inflammatory or defamatory user content before it goes online. Does it make any for the government to ask for human screening of all messages in social networks? […]

The OneTouch Net is the new Tata Docomo co-branded mobile phone by the telecom equipment maker Alcatel, announced a month ago. It is priced at Rs 5,499 and available for both pPostpaid and prepaid mobile services of Tata Docomo. The handset offers one-touch access to Yahoo! services and Tata Docomo’s ‘Dive In’ portal. Yahoo!’s services are pre-loaded into the device, enabling consumers to use it with the click of a button. […]

WSJ reports that, Google to launch an online music service in India! The music feature will soon be added to its search service, which will enable users in India to search for legal music streams and downloads. The top search results would be from Google’s partners. […]