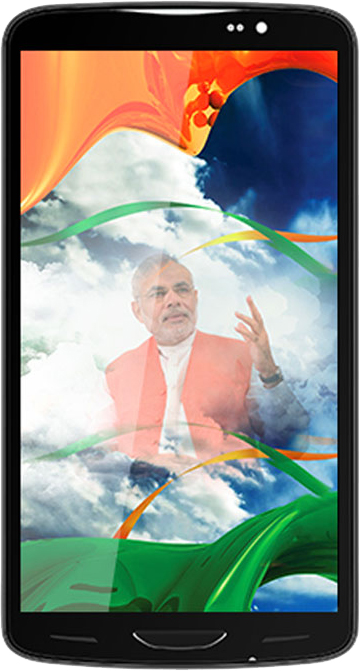 SmartNamo ! The phone had been launched in India few days ago. We had earlier published an article about the probable launch of the phone, but the launch was scheduled to this month, in 3 variants and is available to buy online.

The device homes a 5″ capacitive display. It has twin camera, a 13 MP one with autofocus and flash at the rear and a 5 MP one at the front. The phone has most of the connectivity features such as Bluetooth, WiFi, 3G and GPS for navigation. The battery used to supply power to this device is a 3150 mAh one.

A group of businessmen of Gujarati origin had announced that their technology firm named Namo is all set to release SmartNamo, a smartphone which carries the name of prominent political leader Shri Narendra Modi. The device will come in four variants and is priced around Rs. 14,000 plus. The phone will be running on Android 4.2.1 Jelly Bean OS and is powered by a 1.5 GHz MediaTek Quad core processor. […]

Intex had launched a budget Android phone named Intex Cloud X3 in India with a price tag of Rs 3,790. It runs on Android 4.2 Jelly Bean operating system and is powered by a MediaTek MT6572 dual-core processor with a clock speed of 1 GHz. […]