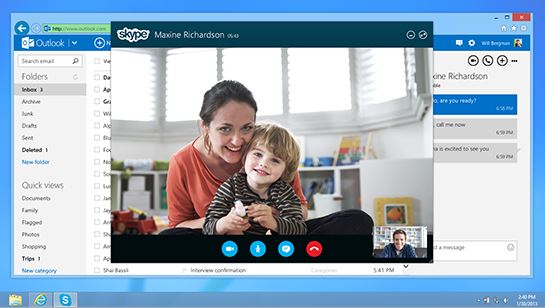 The video messenger app Skype‘s team had announced that it plans to roll out chat message synchronization across all devices that uses the service, over the next few months. Earlier the feature was not there and it caused a lot of headache to the users, including the frequent crashing of app.

Many of you might be using Skype on both your phone and PC. Till date, the app is incapable to keep your chat message status in sync between different devices effectively. After you start Skype on your phone, most of the times it downloads all messages you’ve received since you shut it down and alerts you, even though you’ve seen them already on your PC.

[advt]The unresponsive status caused by this process, or the crashing of app is soon going to be over, as the Skype team announced their plans to roll out chat message status syncing across devices. However, it’s still unclear when exactly this capability will start rolling out.

Microsoft Office 365 for professionals and small businesses is a subscription service that work with your existing hardware. Using Office 365, small businesses can be up and running with Office, Exchange Online, SharePoint Online and Lync Online in just 15 minutes. […]

Microsoft has become a platinum sponsor of Apache Software Foundation by donating $100,000. Microsoft commits to offer royalty-free specifications for Windows Server and .Net Framework protocols as part of its expanded support for the open-source […]