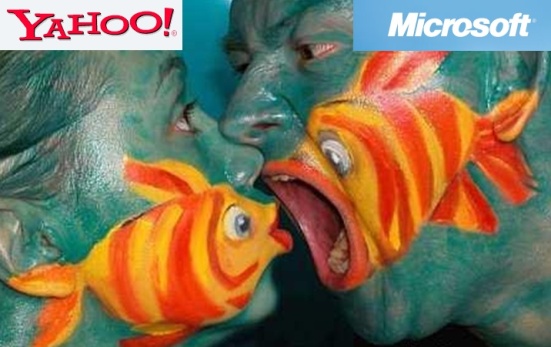 Microsoft’s proposal to acquire Yahoo! at approximately $44.6 billion in cash and stock was the hot discussion for this week in the blogosphere. There have been many discussions on suggested new name for the combined Yahoo! and Microsoft – here, here and here. Some of the Flickr users are even staging online protests at the prospect of a Microsoft takeover.

I would suggest the new name MicroYahooSoft!. 🙂 The new name has Yahoo! sandwiched within Microsoft brand! After all, that is what Microsoft is going to do over time. They would take the juice out of a few popular Yahoo services, use the juice to rejuvenate its almost dead live.com services, and throw the Yahoo identity away.

OK, joke apart, I don’t expect any change in the company name, if the deal is approved. It would remain Microsoft. The Yahoo sub-brand will exist until its services are slowly integrated into existing Microsoft services or rebranded over a period of many years.

It is also said that Microsoft has to borrow money to fund the Yahoo bid, if it becomes a reality.

Best Global Brands 2008 – Microsoft and Google In The Top 10

Guest post by Peter Pawan EJ from Kochi, Kerala. How much time do spend every time you get online, just to sign in to all the web services that you use? Back in the days […]