Shazam Player is a music identification app that can be used to find out the name of song playing in the background.  It is about much more than simply playing your music collection on your iOS device as it has a number of extra features that make it worthy of your attention.

iOS already has a built into music player, but this has been designed to act as a complete replacement. One of the biggest features of the app is LyricPlay which displays the lyrics to the songs in your music database as you play them. The words to songs can be viewed as a lyrics sheet, but a larger view is also available to allow for group sing-alongs. At the moment, the lyric database is somewhat limited, but it is being added to all the time.

[advt]In keeping with the idea that the app could be used as a complete replacement for iOS’s built in option, it is possible to purchase tracks from within Shazam Player. If you have purchased an album or ripped a CD but found that there are a couple of tracks you are not too fond of, it is possible to hide them from the player so your listening is not interrupted by song you do not like. 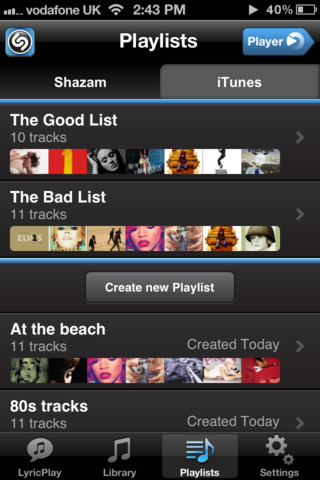 The social networking application Tango has updated their product, now its not just a cross platform messenger, yet they have integrated a number of other applications to get it a fresh feel. The release of an inbuilt gaming platform within the application, the new version will give the user the power to find potential friends near them, provided if the user allows Tango to access the location. Tango allows the user to tweak the profile, to add picture, to post status updates in Facebook and Twitter and to send/receive images during a voice or a video call. […]

DudaMobile is a mobile website creation platform that makes it easy to turn existing websites into mobile optimized sites. It converts and optimizes websites for mobile devices. It is the combination of dynamic syncing of content between a standard website and a mobile site. […]