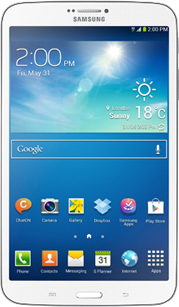 The Galaxy Tab 3 211 and the Galaxy Tab 3 311 can both be used to make phone calls as well as both support 3G and WiFi connectivity. Both tablets has Accelerometer, Geo-magnetic, Light and Proximity Sensors. Also they have AGPS and GLONASS support for navigation.

Samsung India had announced support for 9 Indian languages for their Galaxy series smartphones and tablets. Now the Samsung smartphone users can access the user interface and content in these 9 languages too. The newly included languages are Hindi, Punjabi, Bengali, Tamil, Telugu, Kannada, Malayalam, Marathi and Gujarati. These Indian languages will be supported on Galaxy Grand, Galaxy S4 and the Galaxy Tab 3. […]