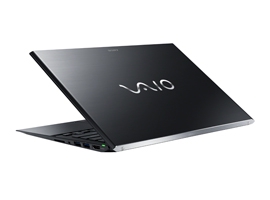 Electronic goods manufacturer Sony had introduced their latest laptop Sony VAIO® Pro 13 to the Indian market. The device belongs to Sony Ultrabook™ series and according to company claims, it is the lightest ever in the series.

The device is powered by an Intel® Core™ i7-4500U Processor which has clock speed of 1.80 GHz, with Turbo Boost up to 3.00 GHz and has a 64 bit Windows 8 Pro OS. The device spares 4MB cache memory. The graphics accelerator used inside is Intel® HD Graphics 4400. The device has a 4 GB on board DDR3 SDRAM and 256 GB Serial ATA SSD ROM memory.

redBus.in, an Indian company which sells bus tickets online, has launched an app for Windows 8 and Windows phones named redBus.in app, offering tickets for over 12,000 routes across India including 700+ luxury bus operators. […]

VAIO S Series VPCS1 laptop takes high performance and makes it mobile. It features the Intel Core i5 Processor for speed and efficiency, and the NVIDIA GeForce 310M GPU for pristine rendering of videos and graphics. Ir runs on genuine Windows 7 OS. It is availble in india at 64,990. […]

The event aimed to educate the channel partners on the benefits of Intel’s latest Sandy Bridge Platform. ASUS displayed its latest ROG and TUF series motherboards based on Intel chipsets and at major locations ASUS also had high-end machines powered by ASUS’ P8Z68-V PRO motherboard for demonstration. […]