Indian smartphone maker Micromax announced a dual-operating system tablet, named LapTab. This tablet runs both Android 4.2.2 Jelly Bean and Windows 8. However users will have to reboot the tablet to switch between the two Operating Systems. It has a 10.1 inch display with a resolution of 1280 x 800.

LapTab is powered by a 1.46 GHz Intel Celeron N2805 processor, 2 GB RAM and has a 2 megapixel front camera for video chatting and to click. On the storage front it has 32 GB internal memory which can be expanded upto 64 GB via a micro SD card. The tablet also supports Bluetooth v4.0 and WiFi. It also comes with Transleeve cover and stand with wireless keyboard packed with a 230 mAh battery for 20+ hours combined usage. 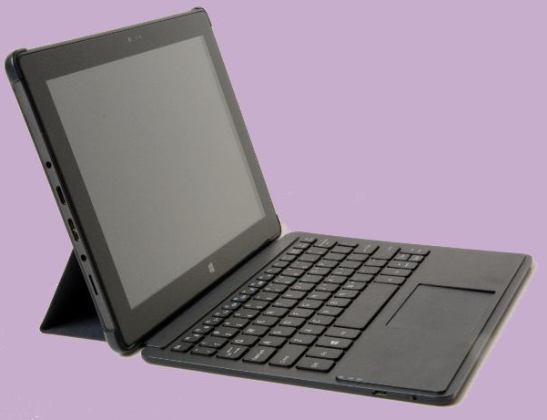 “The Laptab will be priced under $500 for the Indian market and we expect to sell about 100,000 units in the domestic market in the first half of 2014. As Micromax looks to expand footprints across global markets, we would continue to fulfill our promise of democratising technology for people around the world by making it more affordable and accessible”, Micromax Co-founder Rahul Sharma told PTI.

KlipFolio is a personal dashboard that uses small, customizable windows called “Klips” to display all types of information, including news, weather etc, sports, blogs and RSS. Each Klip contains a list of headlines which opens in your web browser when clicked. […]

RealWorld Cursor Editor can create and edit Windows cursors, both static and animated. You can draw your cursors pixel by pixel or make them from images using a simple wizard. Images in cursors can be modified by drawing tools such as Lines, Curves, Rectangles, or Ellipses. […]