Rovio Entertainment has just announced Angry Birds Stella, an upcoming game in the Angry Birds franchise aimed at female fans. Rovio has given some background on the story of the game. Six new characters have been introduced in Angry Birds Stella, with Stella being the protagonist (see pink bird in the image). Rovio describes Stella as one of the Angry Birds who is fierce and feisty besides appearing cute. The game’s story will also include enemies to fight. “Of course no story is complete without some interesting (fr)enemies!,” states the Rovio website.

The website claims that the game would be full of “fun and adventure” along with some other side issues going on in the story “but the bunch of passionate pals will also have to deal with some serious issues in order to protect their friendship and the environment they live in.”

Rovio plans to introduced new merchandise based on Angry Birds Stella, such as games, toys, books and other retail products soon. It did not announce the launch date of the game or which platforms it would release first. It should be available for all the leading mobile platforms when it launches.

“Angry Birds Stella is breaking the mold by introducing strong, passionate characters who really stand for something, while adding plenty of action and reality into the mix. The Angry Birds Stella story will live and evolve across physical and digital, bridging them in fun and innovative ways. Stella and her friends are here to stay, with plenty of adventures ahead of them” 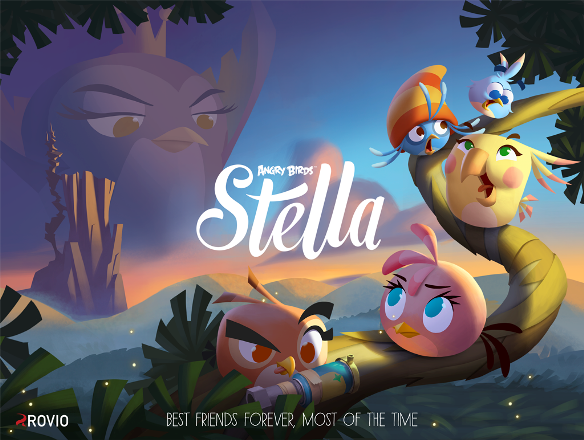 Monster Dash action game which was previously run only on iOS now can be playable in Google’s Chrome web browser too. You can install this free game as a chrome web app and play it directly from Chrome web browser. It is developed by the creators of the legendary game Fruit Ninja. […]

Playd – Track the Games played by your Friends

Playd where Playd gamers can check in authentically to their favorite video games on Xbox 360, Playstation 3, PC and more. Discover new games among your friends, and engage in discussions with other gamers around your favorite titles. […]

CityVille Facebook Game Overtakes FarmVille in Less Than a Month!

The CityVille Facebook game by Zynga, which is launched less than a month ago, has become the world’s most popular game, nabbing the number one spot from Zynga’s own FarmVille social gaming.CityVille reached 65 million monthly active users, while FarmVille has 57 million users. […]