World’s temperature records have been reportedly made available through Google Earth by climate researchers at the University of East Anglia(UEA) in Norwich, England. The new Google Earth format allows users to scroll around the world, zoom in on 6,000 weather stations, and view monthly, seasonal and annual temperature data more easily than ever before. Users can drill down to see some 20,000 graphs — some of which show temperature records dating back to 1850. The move is part of an ongoing effort to make data about past climate and climate change as accessible and transparent as possible.

Dr. Tim Osborn from UEA’s Climatic Research Unit said that the beauty of using Google Earth is that one can instantly see where the weather stations are, zoom in on specific countries, and see station datasets much more clearly.

Osborn said that the data comes from the latest CRUTEM4 figures, which have been freely available via the Met Office and on their website, but they wanted to make the key temperature dataset as interactive and user-friendly as possible.

Google Earth’s version for tracking climate shows the globe split into 5 degree latitude and longitude grid boxes in red and green, and when a grid box is clicked, it reveals the area’s annual temperatures, as well as links to more detailed downloadable station data.

Osborn pointed out there are some gaps in the grid as those areas have no weather stations such as the Sahara, and users might spot location of weather stations shown differing from their actual locations, but this is not a problem scientifically as the temperature records do not depend on the precise location of each station. 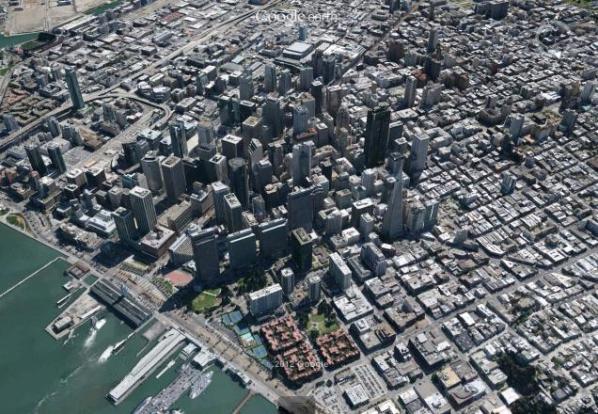 Google Indic Transliteration offers an option for converting Roman characters to the Malayalam characters. This lets you type Malayalam words phonetically in English script (‘in the so called Manglish‘) and still have them appear in […]

The Iranian government plans to permanently suspend Google email service in Iran. Iran’s telecommunications agency announced the suspension. They agency is planning to roll out a national email service for Iranian citizens. Google confirmed that, they experienced a sharp drop in email traffic in Iran and that some users in Iran were having trouble accessing Gmail. […]

SearchGBY provides search upgrades and tools that reduce your search time. It allows for safer searching, by reducing the need to click on the actual websites, this avoids pop ups and viruses. It searches multiple search engines in real time, and automatically filters duplicates. […]