Its been 115 years since Nicola Tesla made the first radio powered boat. It seems a coincidence that the made-in-Japan robot named Kirobo, a talking robot which can interact with humans, is flying to International Space Station, to become the first of its kind. Kirobo was sent to space on 4th of August 2013 and it reached International Space Station (ISS) on 9th August, Eastern Time. 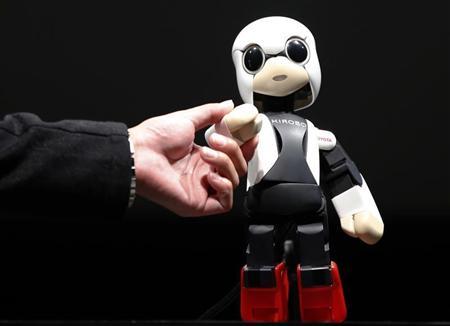 The Japanese word Kirobo means hope and robot. The robot was created by Mr Tomotaka Takahashi. The small android weighs about 1kg, measures 34cm and has a wide range of physical motion. Its design was inspired by the legendary animation character Astro Boy.

The robot was launched from the island of Tanegashima in an unmanned rocket, to serve as a companion to astronaut Kochi Wakata in the space, who will begin his mission in November. Kirobo was launched as a part of a study to see how machines can lend emotional support to people isolated over long periods.

Kirobo has been programmed to communicate in Japanese and keep records of its conversations with astronaut Wakata. The robot is also expected to relay messages from the control room to the astronaut. Kirobo has a twin robot on Earth named Mirata, which will monitor possible problems which Kirobo may face in space.

“Kirobo will remember Mr Wakata’s face so it can recognize him when they reunite up in space,” said Mr Takahashi. “I wish for this robot to function as a mediator between a person and machine, or a person and the Internet, and sometimes even between people,” he added.

Takahashi’s biggest challenge during Kirobo’s creation was to make the android compatible with space. So dozens of tests were carried out over nine months to ensure Kirobo’s reliability.

You would have heard about wrist watch phones, pen phone, etc.. Here comes Robo-phone! SoftBank 815T PB is the first Mecha like real 3G mobile phone in the world, with a 3.2 mega pixel auto […]

Last month we wrote about Robo-Phone SoftBank 815T PB, specially made for the drama project for teenagers titled Keitai Sousakan 7 (Cellphone Detective 7). Here is the promotional trailer for the series. See how these […]