Iface is the facial recognition software for automatically identifying or verifying a person from a digital image or a video frame from a video source. One of the ways to do this is by comparing selected facial features from the image and a facial database.

It is typically used in security systems and can be compared to other biometrics such as fingerprint or eye iris recognition systems. 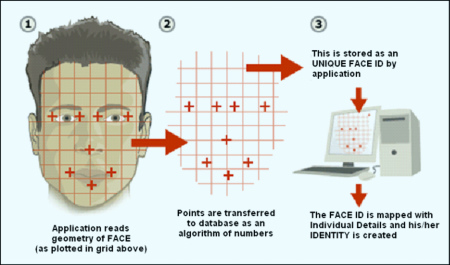 This software can be used at police stations to match a suspect’s image with the photographs of the criminals stored in the database of police record. Another use of this software is at the entrance to security installations for real time authentication and authorization of access several casinos.

The input to the system is a close-up photograph of a person, which is either taken from a security camera or a scanner. The image is first transformed in a form, which is free of noise and useless techniques. The biometrics of face is determined by applying certain intelligent facial feature extraction algorithms.

A parametric mathematical model is developed for each face based on this biometrics which can be compared with already existing models in the database and the closest matches to this model can be found.

GraphicsMagick is a portable image processing software provides efficient collection of tools and libraries which support reading, writing, and manipulating an image in over 88 major formats including important formats like DPX, GIF, JPEG, JPEG-2000, PNG, PDF, PNM, and TIFF. […]