Google had officially unveiled a new search algorithm, codenamed Hummingbird, to provide better results in search queries. It has already been in use for about a month, and affected about 90% of Google searches. 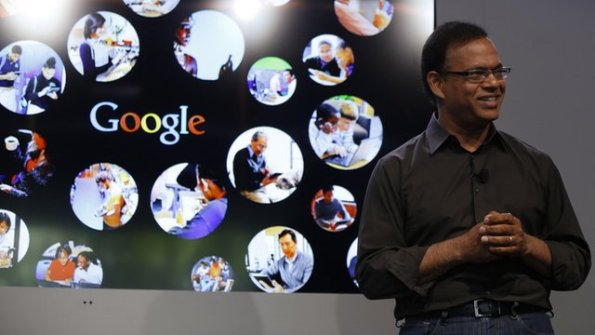 Google stressed that the change is important as users expect more natural & conversational interactions with a search engine. Such as requesting for a search in a mobile phone/ smart watch/ other wearable technology using their voice.

Unlike its predecessor Caffeine, Hummingbird is focused on ranking information based on a more intelligent understanding of the search requests. Caffeine was targeted at better indexing of websites.

It is capable of understanding concepts and the relationships between them rather than just words. So we can call it as an extension to Google’s “Knowledge Graph” concept, which was introduced last year, aimed at making interactions more human.

As a part of the competition with its arch rival Facebook, Google revamped its 3 month old social network, Google+. Google made Google+ open to internet public and integrated its search engine to it and improved its video chat feature hangout. Google+ now has almost 25 million users. […]

Google Goggles lets you use pictures taken with your mobile phone to search the web. There’s no need to type or speak your query. You simply have to open the app, snap a picture, and wait for your search results. In order to use Goggles to translate text, point your phone at a word or phrase. Use the region of interest button to draw a box around specific words and press the shutter button. If Goggles recognizes the text, it will give you the option to translate. Now press the translate button to select the source and destination languages. […]

Reopen Recently Closed Tabs and Windows in Firefix and Chrome