Google TV is the technology which puts all the things you want to watch – from the hundreds of paid TV channels available today to the limitless number of Web and streaming videos – right at your fingertips. Google TV combines the entire Web and all available TV content in one place, with one interface – eliminating the need to toggle back and forth between multiple screens.

Google TV also provides the facility to use services like Facebook, Twitter or any other website along with viewing television programming in a split screen mode. Users also have the option to search TV programmes and from the search results, they can select live television content or earlier episodes which were made available online. 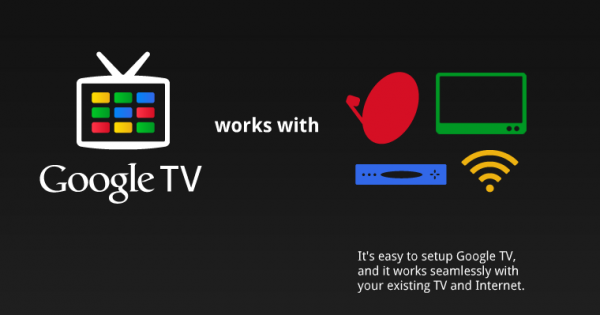 Google TV will be made available either embedded in television sets or as a standalone set top box, or as a web-based service meant for computers and smartphones. The hardware for Google TV is provided by Sony and Logitech. Sony will make the TV using intel chips  and Logitech will provide remote control and wireless keyboard. Apart from televisions, Sony will incorporate the service into their Blu-ray players also. Logitech will incorporate the service in their set top boxes.

The software for Google TV will be Google’s own Android platform. Since Google TV comes with Android OS, users can configure their Android based mobile phones to use as controls for the television directly or through web.

Google is also aggressively planning for the product’s international expansion and by 2011, Google TV will be available in the global market. Google TV will probably hit the Indian markets by 2011. For Indian users, the challenges in adopting a Google TV include:

File Transfer with Orkut and iGoogle Friends from Chat Window

Google has enabled the functionality to share photos, documents, and other files while chatting with your friends and family in iGoogle and orkut. File transfer works directly in the browser without needing to install anything. You can share files directly from the web version to the desktop version as well. File transfer is available in orkut and iGoogle only for now. Google promises to bring this fucntionality to Gmail soon. […]

GDocs is a editor/viewer for your google documents. It is an Android application that allows you create, edit, view, import, export and send documents as well sync documents with your Google Docs account. Automatic document synchronization are possible with multiple accounts. […]

Google Art Project is a unique collaboration with some of the world’s most acclaimed art museums to enable people to discover and view more than a thousand artworks online in detail. User will be provided with 2 options at the home page – View Artwork and Explore the Museum. […]