Glipho is a community for writers, who allow users to share their thoughts/stories on the internet, while finding the trending items of the moment. It can be personalized by following the writers and topics the user care about.

The writings in Glipho can be shared across the Social Media. Also users can attach their Twitter, LinkedIn or Google Plus accounts to Glipho for creating a complete social profile which could help the user and his content to reach bigger audiences.

Glipho allows its users to interact with content and other writers, also the users can create their own version of any existing Gliph [the published content in Glipho] and link it to the original. Users can connect their Instagram, Flickr or Picasa accounts to Glipho so that they can drag and drop their photos into the Gliphs.

In Glipho, the users can write down their ideas on note and then turn them to drafts. The next step is to publish that draft as a Gliph. To add graphical details such as images, simply drag and drop the photos from Instagram, Picasa and Flickr, and for videos, the user can search in the YouTube.

To add content from an existing blog(s) without affecting it is also possible in Glipho. The next step is sharing the content. Choose a social network, and whenever the user publishes a content, it will be automatically shared in the social network.

Glipho had enabled the feedback option so that the readers can provide feedback at the end of the published Gliph. Users can also join a discussion or they can create one themselves.

Users can also create their own versions for an existing Gliph, alongside the original. The insights page similar to Facebook’s insight option shows how popular the user is and how many views they have. 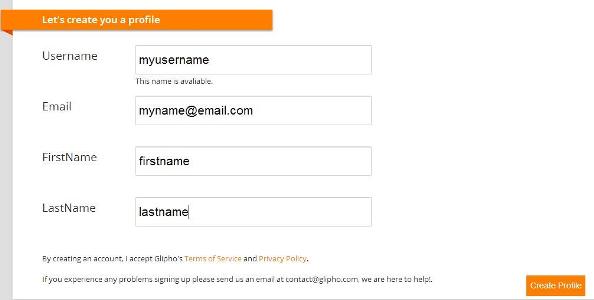 Users can sign up to Glipho with their Twitter, Facebook, Google or LinkedIn accounts. A simple signup process including choosing a username and picture makes it all. Users can start following the topics in preferred categories written by top writers within the categories. The simple and user friendly “desk” where the blogs are to be written has a comparatively light interface so that the users can start blogging. Users can add pictures to their blogs with ease to make an outstanding blog.

Glipho is much alike to other social media, only difference is that it is for blogging and bloggers. Check out the social blogging site Glipho here.

Jakob Nielsen, the king of usability, has published an article on Weblog Usability in his Alertbox column yesterday. No Author Biographies No Author Photo Nondescript Posting Titles Links Don’t Say Where They Go Classic Hits […]

Twitter has set up an event page for the Gujarat Assembly elections 2012 that updates tweets related to the election in real time. The page includes content in real time curated by Twitter’s team. Tweets containing keywords related to Gujarat Elections are included in the page. […]

ManageFlitter is the tools for managing your Twitter followers, finding new followers and keeping your Twitter list clean. You can clean up who you follow, find out who isn’t following you back, locate inactive accounts you’re following and search your stream. […]