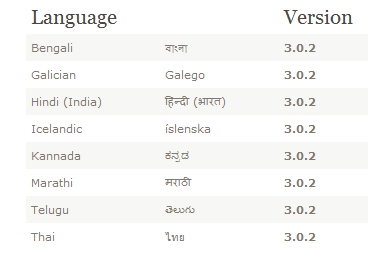 So now Firefox is localized in over 45 languages. This is done with the contributions from Mozilla community members around the world.

Firefox is not yet available on the South Indian languages Tamil and Malayalam.

Secure Browser is free browser of Dell. It is a virtual version of Firefox. When you browse the internet, any changes made or any malicious files downloaded from internet are contained within Secure Browser. This prevents the browser and operating system from hostile changes […]

Visual Hashing is a new add-on for the Firefox web browser and extension for Chrome that modifies the password input widgets on every page across the web by causing the background of the input to change as the user types to a four color image hash. As you type, the colors change. […]

A research carried by researchers at ETH Zurich, Google, and IBM indicates that 45% out of 1.4 billion Internet users globally are at the security risk due to their older versions of the browsers. The […]