From the day Adobe made its entry to virtual world, the search for free photo editing software started. Millions of users were dissatisfied with the performance of the free software which were big in size and due to the complexity in usage and maintenance.

Browser based photo editing software came into existence after the addition of rich content to the browsers. Browser based apps with simple photo editing capability came first. Their increased popularity brought a set of good players down to the plane. 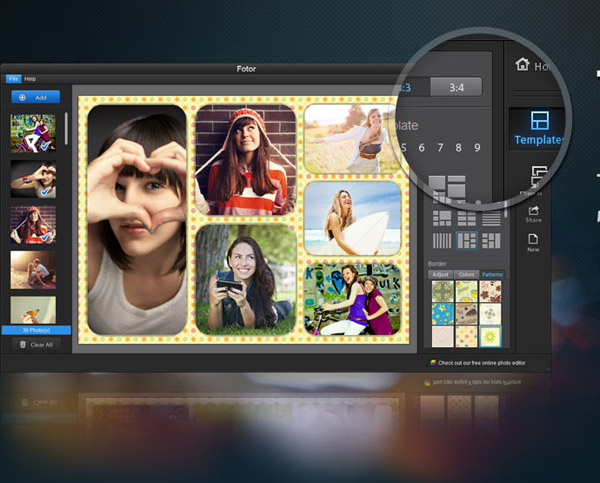 Fotor is one among those browser based photo editing apps. Its a simple, cross-platform application with many features and is available in five different languages for ease of use.

Using Fotor, one can simply edit it with its basic controls such as resize, crop, adjust the lighting curve, rotate, adjust the tone and colors, adjust brightness, contrast, saturation and sharpness. User can also add a photo effect, photo frame, clip art, text or use color splash, mosaic, and tilt shift tools, which are specially included in Fotor.

Users can also try High Dynamic Range (HDR) photography options using Fotor. User can check this feature by uploading one normal-exposed, one under-exposed and another over-exposed photos to the Fotor cloud. The Fotor will provide a Tone-Mapped image with right exposure to every part of the photo as a result.

Doweet is a fun and simple way to create real life activities with people around you. It create events that can be as wildly different as a birthday party and game of soccer on park, and have all your friends on Facebook invited to them. It done both individually and collectively. […]