Hey Netizens, wanna see a fun element from Google?. Just goto google and type ‘Do A Barrel Roll’ in the search box and wait for the surprise.  The search results page will do a barrel roll before presenting you with the results. Enjoy the rock and roll.

Google’s new Easter Egg ‘Do A Barrel Roll’ proves Google still has a sense of humor. “Do A Barrel Roll” is a catchphrase used to call on someone to perform a 360 degree horizontal spin.

The inspiration behind this is from Nintendo’s Star Fox, a video game series, in which a space pilot rabbit named ‘Peppy’ tells the character Fox McCloud to “do a barrel roll”.

The barrel roll game does not seem to function on all browsers but appears to work best using Firefox and Chrome.

“Today’s fun query, ‘do a barrel roll’ was created by a Google software engineer with the primary goal of entertaining users – while showcasing the power of CSS3, a presentation feature of modern browsers. The ‘do a barrel roll’ query, which causes the search page to spin, will remain in place for a while”. 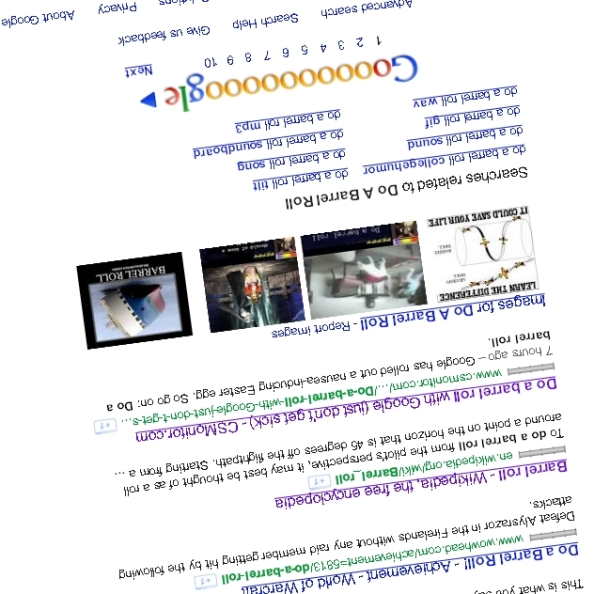 Now stop playing with ‘Do a Barrel Roll’ and ‘Let it Snow’ easter Eggs from Google and it is time for Facebook easter eggs. A new Facebook Easter Egg allows its users to add profile photos in their Facebook chat messages. To see this just put the [[username]] into the chat message. […]