Apple will start selling its much anticipated iPad Mini, the new iPad and Apple TV in India today, according to Reliance Digital iStore.

Get set for the whole package in a smaller package! Get ready for the iPad Mini. Only @iStoreIndia from 7th December on-wards!

The iPad Mini would start from Rs 21,900 for the 16GB Wi-Fi variant. The iPad Mini features a 7.9-inch display, FaceTime HD and iSight cameras, ultrafast wireless performance and 10 hours of battery life. 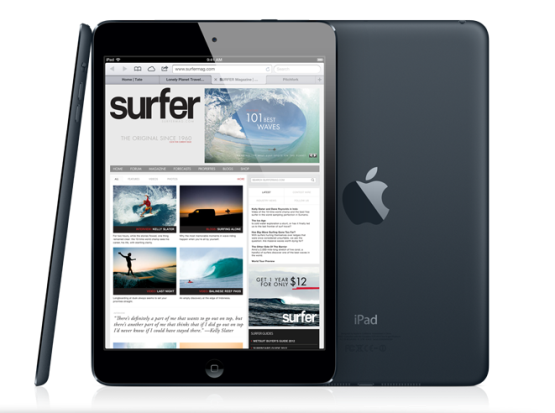 The fourth generation New iPad is also set to make an appearance in India. It features a 9.7-inch Retina display, new Apple-designed A6X chip, FaceTime HD camera and ultrafast wireless performance with same 10 hours of battery life. The price would range from Rs 30,500 for the WiFi 16GB version to Rs 50,900 for WiFi 3G 64GB version.

Apple TV, a set-top box that can play purchased or rented content streamed from the internet on TV, complements iTunes.

Watch How To Videos on Howcast

Howcast is a website that provides instructional short-form how-to video and text content that combines practical information with various filmmaking techniques such as humor, claymation and animation. It empowers people with engaging, useful how-to information wherever, whenever […]

Games of real depth are something that is sadly lacking from the iOS platform, but titles such as Crimson: Steam Pirates just go to show that there is scope for more serious gaming on Apple’s portable devices. The game is a turn-based strategy affair with themes that feed nicely […]

Worse is better. Always. In everything. All the time.

” Big-bang, long winded epic plans to create anything are always trumped by smaller, incremental, self-correcting, attempts. ” That was my attempt to summarise one of the seminal papers in software making – Richard P. […]