As per Nielsen’s April survey, Android phones powered by Google’s own Android Operating System leads the United State’s smartphone market. 37% of U.S. mobile consumers use smartphones. And 36 percent of smartphone consumers now have an Android device, compared to 26 percent for Apple iOS smartphones (iPhones) and 23 percent for RIM Blackberry. 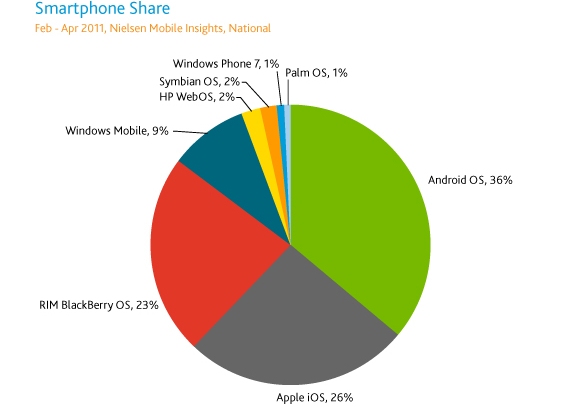 But while a higher proportion of iPhone owners engage in these kinds of activities, consumers with Android devices who engage in these activities consume more data on average.  An analysis of nearly 65,000 cellphone bills in the U.S. reveals that in the first quarter of 2011, Android smartphone owners consumed an average of 582 MB of data each month, compared to 492 MB for iPhone owners. 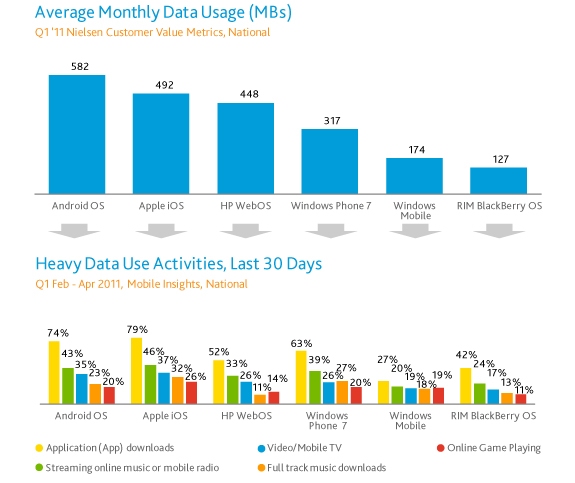 Indian Ministry of External Affairs will introduce a smart phone app by mid July 2013. The app will serve all kinds of people who use the services like Passports, Kailash-Manasasarovar trips, Haj and Visa/Consular services. The app will be available on both Android and iOS platforms. According to the officials, media, students, scholars, diplomats, travelers and the average citizen will be among the beneficiaries. […]

US based Swipe Telecom launched its latest budget Phablet [Phone+Tablet] named Swipe MTV Slash in India, with association to MTV, priced at Rs. 9,490. The thinner tablet runs on Android 4.1 Jelly Bean OS and is powered by a 1 GHz Dual core processor. […]

Google had launched its Hindi transliteration tool for Android named Hindi Input. It is an Indic IME which allows users to type messages, update on social networks and compose emails in Hindi language on their phones operating with Android. Google Hindi Input can work on all phones with Android, except the ones which does not have extended support for Devanagari Script. […]