Samsung Galaxy to rule the world??? After the huge success og Galaxy S2 around the world, Galaxy Note adds to the list of successful phones from Samsung. Just two months after the world wide release of Samsung Galaxy Note phones, company announced that it has shipped more than one million units of Note worldwide. 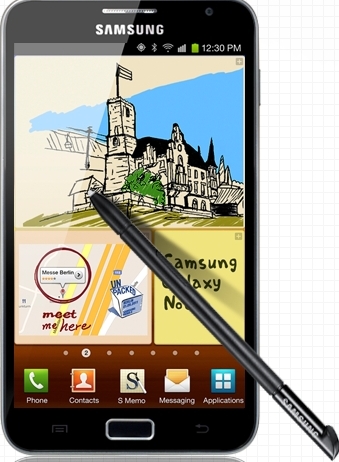 Samsung noted in a press release that sales of Galaxy Note are on the rise in Europe and Asia, particularly in France, Germany, Hong Kong and Taiwan.

Samsung Galaxy Note is powered by 1.4GHz dual core processor and runs on Android 2.3 (Gingerbread) Operating System. It is one of the slimmest mobile phone with 9.65 mm thick. The mobile comes with 5.3 inches touch screen from the HD Super AMOLED display with resolution of 1280 x 800 pixels. Another great feature is added its 8.0 mega pixels of camera with LED flash, Auto Focus and Digital Zoom. The camera can record full HD 1080P videos at 24fps. Samsung Galaxy Note is available in India at a price of Rs. 32500.

[advt]“The rapid global sales of Galaxy Note are notable since it is creating a new market for something between smartphone and tablet PC,” the company said. “The speed of the global sales is expected to accelerate further next year when it will be available in the US.”

“One million global shipping of Galaxy Note means it has well positioned itself as a market creator,” Samsung said. “Samsung will continuously strengthen its leadership in the global smartphone market as well as create new markets with innovative devices.”

Samsung Galaxy Note android smartphones is powered by 1.4GHz dual core processor and runs on Android 2.3 (Gingerbread) Operating System. It comes with 5.3″ HD Super AMOLED display with resolution of 1280 x 800 pixels. It is available in India at a price Rs. 34990. […]