Samsung announced the launch of world’s thinnest 3D Blu-ray player at the upcoming Consumer Electronics Show to be held in Las Vegas.  The device measuring just 23mm and comes with Samsung Apps pre-installed that allows users to access a wide number of websites, such as Facebook, Twitter, YouTube. This player is provided with wall mount support.

The 3D Blue Ray player has got a sleek and stylish design and features a metallic chassis. The player will be able to convert 2D to 3D. 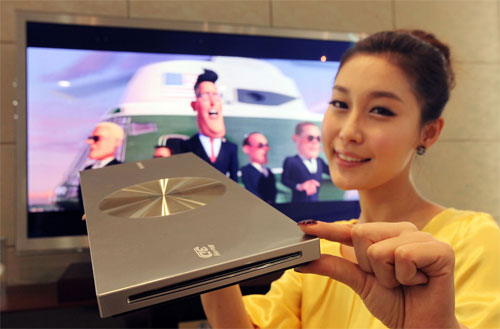 Samsung has not revealed the release date and price of this thinnest Blu-Ray payer yet. [source]

Polaroid SC1630, Android powered smart camera which features a high definition 16 MP camera with built in 3X optical zoom launched at International Consumer Electronics Show. It has touch screen display and Wi-Fi, making uploads to social networks as easy as the touch of a button. […]

Samsung Remote App lets you control Samsung TV and BD products easily when you have them connected to the same wireless router. You can use your mobile device to turn on your TV using Bluetooth and your mobile device can control games on TV also. […]